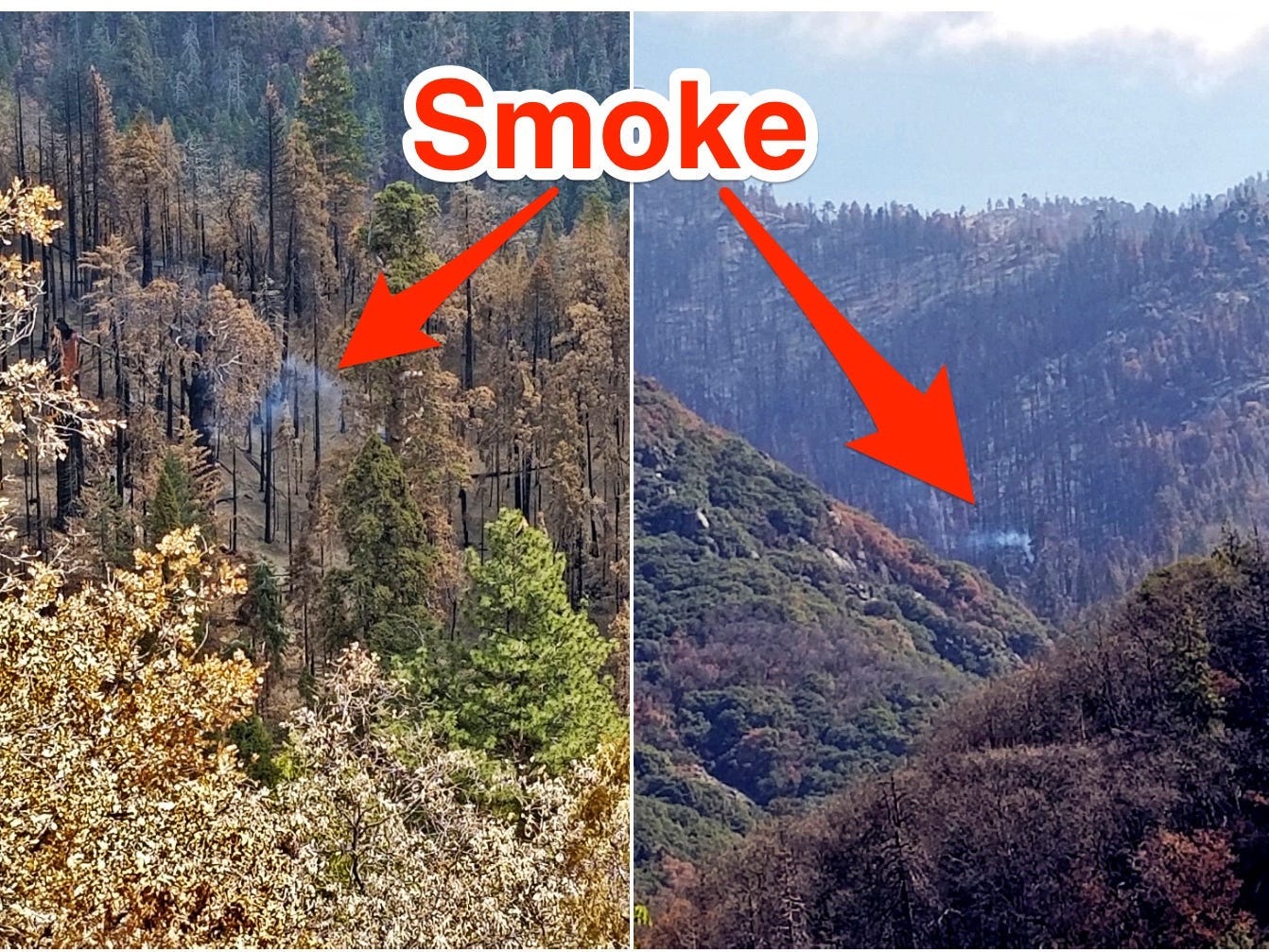 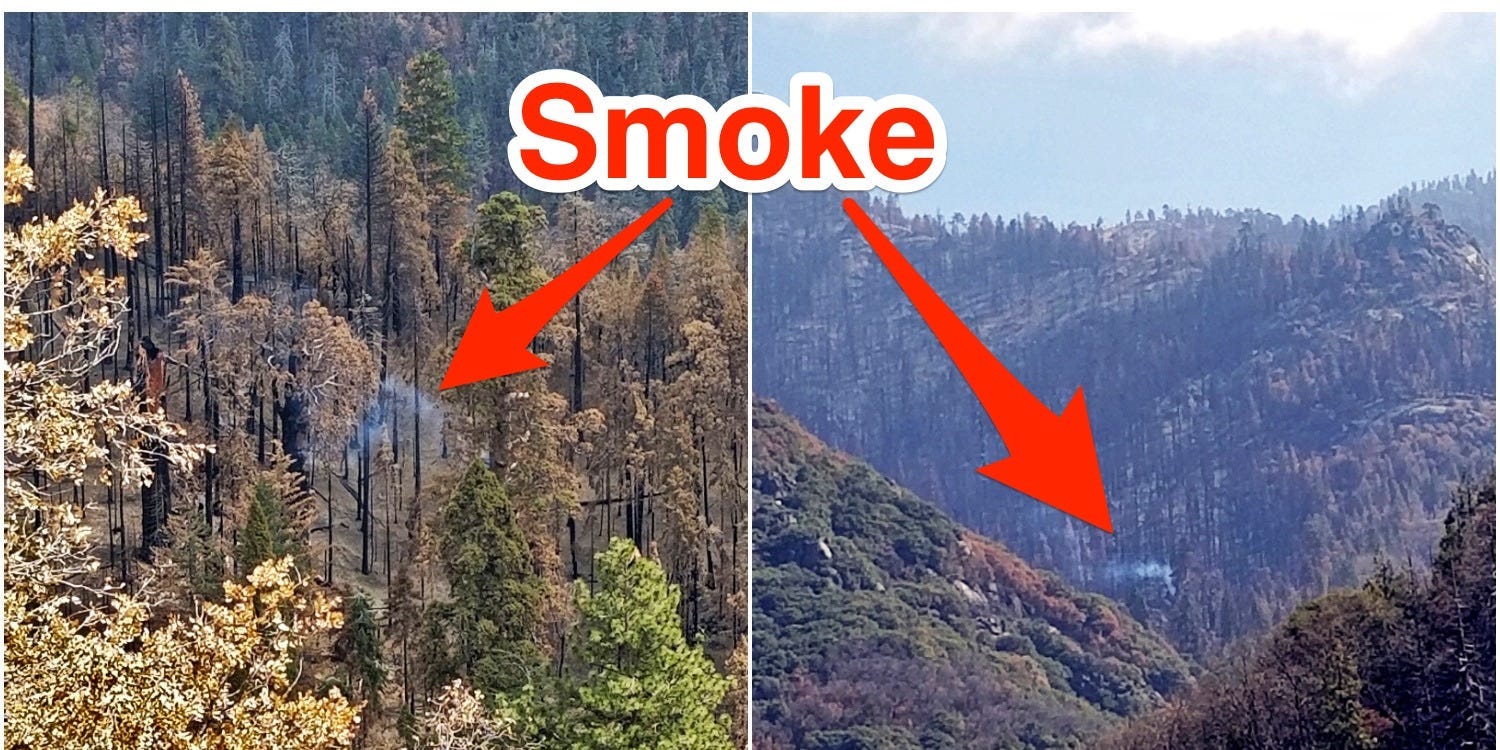 A smoldering tree in Sequoia National Park, California, on April 22, 2021.

A tree in California's Sequoia National Park is still smoldering months after a disastrous wildfire.
The tree is still burning from the Castle Fire which tore through the region in August 2020.
Embers inside the tree still continued to smolder even through the winter's rain and snowfall.
See more stories on Insider's business page.

Officials discovered the tree, located in the Board Camp Grove, while surveying different areas of the park to determine the effects of the 2020 Castle Fire, according to a statement from the National Park Service.

The Castle Fire, which was sparked by a lightning bolt last summer, burned down more than 270 square miles of land before it was contained in December, the Associated Press (AP) reported.

Photos of the tree show it spouting small plumes of smoke in the middle of a brown and blackened forest. Researchers say they discovered embers still burning inside the tree, which appear to have stayed there despite rain and snowfall in the winter.

But this persistent burning isn't unusual. Mike Theune, fire information officer for Sequoia and Kings Canyon National Parks told the Guardian that the inside of a tree can act like a wood-burning stove, feeding the fire enough oxygen for it to survive for long periods of time.

Theune added it was important to remember that many of the sequoias – the largest tree in the world in volume with an immense trunk – in California's Sierra Nevada mountains had survived millennia of extreme weather, forest fires, and droughts, he told the Guardian.

“The fact areas are still smoldering and smoking from the 2020 Castle Fire demonstrates how dry the park is,” said Leif Mathiesen, the assistant fire management officer for Sequoia and Kings Canyon National Parks, according to the Guardian. “With the low amount of snowfall and rain this year, there may be additional discoveries as spring transitions into summer.”

Firefighters were battling nearly 100 major blazes across the West Coast last summer. Climate scientists have warned that these giant blazes will only become more frequent as the planet warms.

California's nine largest wildfires ever have all occurred since the year 2000, according to the state's Department of Forestry and Fire Protection.

8 Photo Stories That Will Challenge Your View Of The World

US Capitol rioters charged in Sicknick case were armed with bear spray but only used pepper spray, prosecutors say