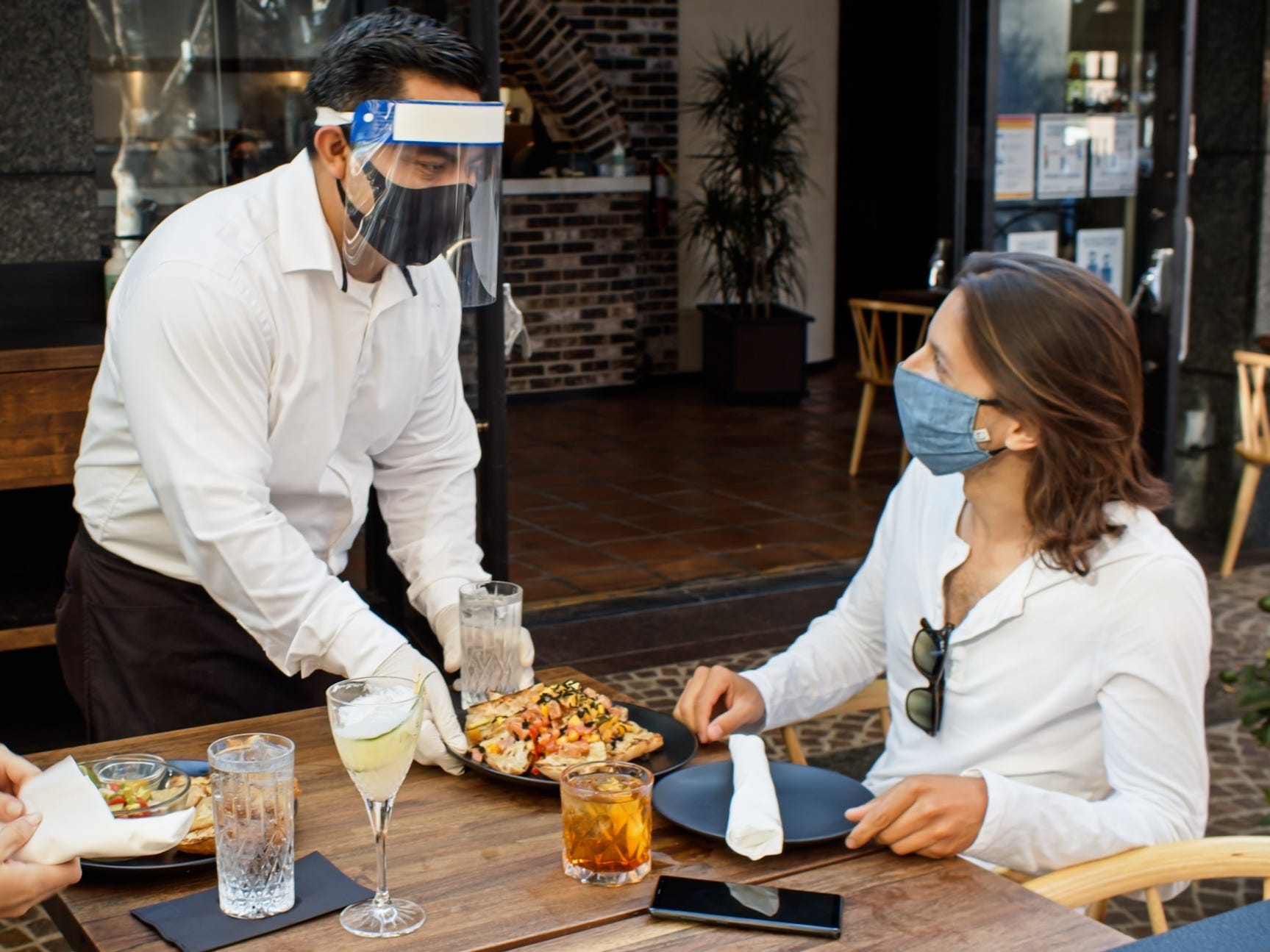 Restaurants are having difficulty filling open positions as states continue to slowly reopen their economies.
Many laid-off restaurant workers can make more money from unemployment benefits than from their old, low-wage jobs.
Both unemployment benefits and growth in higher-paying job sectors are forcing restaurants to pay better wages and benefits in order to compete for workers.
Carl Gibson is a freelance journalist and columnist from Kentucky.
This is an opinion column. The thoughts expressed are those of the author.
See more stories on Insider's business page.

As a server in restaurants in two different states for roughly a year prior to losing my job to the pandemic, I can confidently say serving is the hardest job I've ever had in my life. And I've held down multiple jobs over my career – from radio reporter to organizer, flood insurance adjuster, factory worker, and warehouse employee. I even ran a media company for several years. My typical restaurant shift involved four to five hours of racing from the bar in clunky non-slip shoes to one my tables, to the dish room, then the kitchen, and then back into the dining room again, almost always with three or four credit cards sandwiched between my fingers from a table with separate checks, and almost always with a customer's order and specific substitutions threatening to flee my mind before I could get to the POS and type in their order.

During high-volume shifts, at any moment I could look up and expect to see the hostess seat five more tables in my section in the midst of the chaos, usually while one of my regulars engaged me in conversation. Sometimes I did all of this while simultaneously training a new server. This was a frequent occurrence, given the high rate of turnover at restaurants (hospitality sector turnover hovered near 75% in 2018). I did all this for the tipped minimum wage of $2.13 an hour, meaning my income was subject to the discretion of strangers judging me at how well I bent over backwards for them each night.

Like 2.5 million other restaurant workers, I lost my job overnight not long after the World Health Organization officially designated COVID-19 as a global pandemic. Thanks to the CARES Act, the federal government expanded state safety nets by adding on a supplemental $600/week in unemployment benefits. While then-President Trump allowed that extra benefit to expire in 2020, the most recent COVID relief package passed by the Democratic-run Congress and the Biden administration put a $300/week benefit back on the table until September 6, 2021 for workers affected by the pandemic. There's no reason for workers to come back to their old jobs earning the same poverty wages, especially since more than 100 million Americans remain unvaccinated (with half of those not planning on getting the vaccine at all) and there's still a stable safety net in place until autumn.

It's not that unemployed restaurant workers don't want jobs – we just have more options now. In the manufacturing sector, where jobs typically come with higher pay and have higher rates of union representation, hiring is rapidly expanding at levels not seen in decades. Amazon, which pays a $15/hour minimum wage, added roughly half a million new positions in the last year alone. The chief financial officer of Costco, which raised its minimum wage to $16/hour, recently said the company has been “inundated” with job applications. It's also important to remember that there are still more than 700,000 new applications for unemployment across the country each week (compared to a little over 200,000 before the pandemic), so jobs are still relatively scarce. The supplemental federal unemployment benefit is extremely necessary given how strained the US economy still is.

Being indoors and in close proximity to other people during an ongoing respiratory pandemic is dangerous work. Restaurant workers have a much higher chance of dying from COVID-19 than workers in other sectors, according to researchers at the University of California-San Francisco. And any restaurant worker who takes on a job could risk losing it again as the virus continues to surge around the country.

Should another lockdown and subsequent wave of layoffs ensue, workers will have to start all over at the beginning of the labyrinthian unemployment benefits system in their respective states. It makes far more sense, from both an economic and a health perspective, for workers to simply stay home, prevent the spread of the pandemic, and let unemployment benefits do what they're intended to: pay their bills over the coming months. This wouldn't just allow for more Americans to get vaccinated, but it would also let the restaurant industry compete for their labor by adapting to the times. In some cases, that adaptation is already taking place.

In May of last year, one Philadelphia restaurant owner proposed a hypothetical menu with proportionally higher prices to account for paying staff a living wage and providing all of her workers with health insurance and other benefits. Cooks would get a salary of $40,000, dishwashers would get a salary of up to $31,000, and servers would make $32/hour (which I can personally confirm is typical for a busy night with customers who tip well), thus eliminating the need for customers to tip. Proposed changes like that have yet to materialize, but restaurant chains are already battling for workers by offering increased pay and benefits, proving that the concept of competition is bearing out exactly as the framers of the market economy intended.

The Wall Street Journal reported that Jimmy Johns is now offering signing bonuses to new employees. Chipotle is offering to pay for its workers' college tuition if they stay on for at least four months and work at least 15 hours each week. Taco Bell managers are now being offered paid family leave, and the owner of multiple TGI Friday's franchises is increasing hourly workers' wages and even offering cash incentives for new hires. McDonald's CEO Chris Kempczinksi has already admitted that stores are doing “just fine” in states that increased their minimum wage to $15/hour, which proves that paying workers well doesn't hurt business.

There's more than enough data to prove that employers in the hospitality industry are capable of withstanding changes that require them to be more competitive to appeal to workers. Restaurant owners who adapt to the new reality will thrive in the post-COVID economy. The ones who refuse to change won't be missed.

Carl Gibson is a freelance journalist whose work has appeared in CNN, The Guardian, The Washington Post, and Barron's, among others. Follow him on Twitter @crgibs.

Source: Restaurant workers should keep collecting unemployment instead of going back to work for poverty wages

An FDA official who led the approval of OxyContin got a $400,000 gig at Purdue Pharma a year later, a new book reveals

Want a Future Worth Saving For? Here’s How to Divest Your 401(k) From Fossil Fuels

China FDI up 34.2 per cent in US dollar terms in January-February