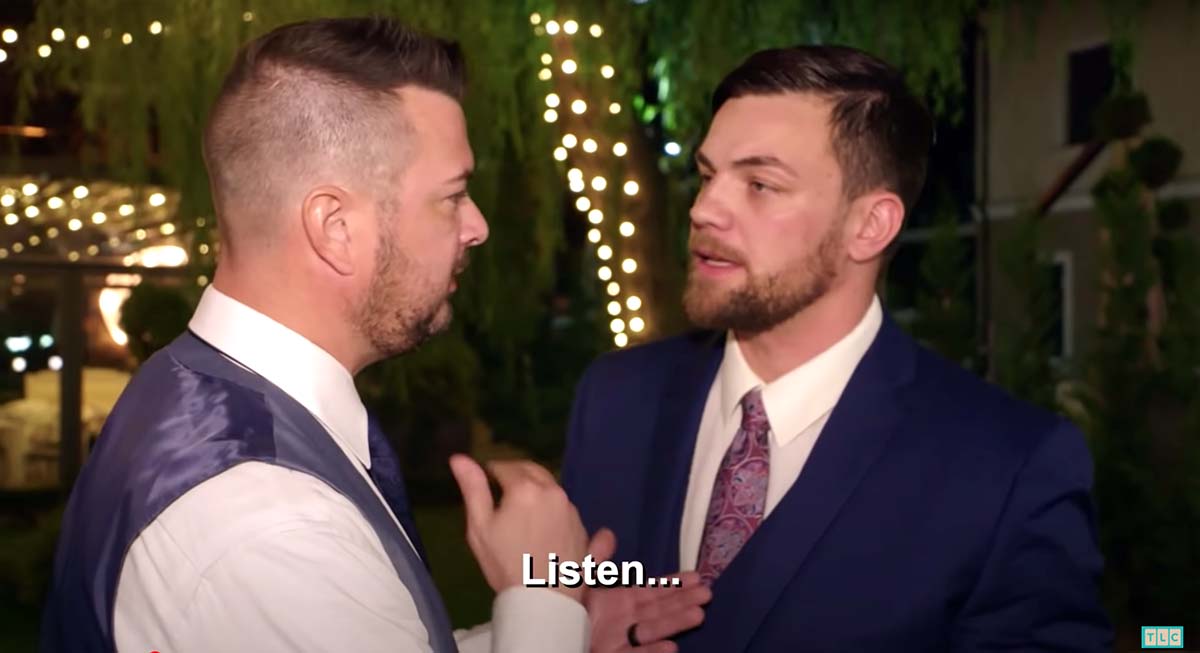 You can’t choose family. 90 Day Fiancé: Happily Ever After star Andrei Castravet has absolutely no relationship with his brother-in-law, Charlie Potthast, since he made a scene at his wedding to Elizabeth Potthast.

'90 Day Fiance' Original Couples Status Check: Who Is Still Together?

“At this moment of time, the relationship is nonexistent,” Andrei, 35, told Us Weekly exclusively on Thursday, April 29. “He’s a drunk bum, that’s what it is. Like, bottom line, he loves alcohol too much and it is what it is.”

At the wedding, which aired during season 5 of 90 Day Fiancé: Happily Ever After in September 2020, Charlie took over a microphone during the couple’s reception to insult Andrei. The event — which was the TLC stars’ second wedding — took place in Andrei’s native Moldova so his family and friends could be together to celebrate.

While Elizabeth, 29, noted that the couple were “kind of” angry with her brother after his outburst, Andrei made sure to note that the anger was “big.” The Florida native, however, shared that since she has known her brother her entire life, she can understand his actions more clearly.

“I know how he is. I know what kind of behavior to expect from him versus my husband, this is all new for him still. [He] hasn’t really experienced people like that in his life,” Elizabeth said. “It’s just really rude and disrespectful to him and his culture. So, that was definitely difficult.”

Andrei said that he saw “firsthand what [Charlie’s] made of,” noting to Us that he doesn’t believe his brother-in-law is a good person. 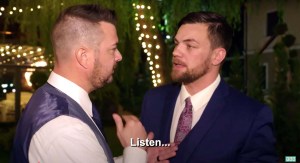 While Elizabeth believes time will heal the wounds, her husband isn’t so sure. “I feel like it’s gotten worse,” he said. “I don’t even want to be in the same proximity of him. … He’s just basically a big brat.”

Couples Who Survived the Reality TV Curse (So Far)

While Elizabeth’s father, Chuck, has gone head-to-head with her husband in the past, he also believes his son was in the wrong. “I think any normal person would say that that behavior is not allowed at a wedding,” Elizabeth noted of her dad’s reaction. “That’s just, like, a rule of thumb. You don’t behave that way at someone’s wedding.”

The family drama is sure to continue this season on 90 Day Fiancé: Happily Ever After. In the show’s season 6 trailer, Elizabeth was shown getting into a physical fight with her sister.

“I haven’t been in that type of situation in a really, really long time with my sister,” Elizabeth told Us. “That definitely was a turning point for me, and I never saw it coming.”

The couple agree that the problems with Elizabeth’s family show up in their personal life too. “Our relationship is a reflection of that,” Andrei told Us. “Sometimes … you’re just thinking why [are we] here?”

While Elizabeth wants their daughter, Eleanor, 2, to spend time with her cousins, she said it’s hard when her siblings set a bad example. “You don’t want your kid around that,” she explained.

90 Day Fiancé: Happily Ever After airs Sundays on TLC at 8 p.m. ET.

With reporting by Christina Garibaldi

Demi Moore Sends Love To Ex-Husband Bruce Willis On His 66th Birthday: ‘You Are One Of A Kind’

I Only Had One Haircut in 2020, But This Product Is Keeping My Hair Healthy