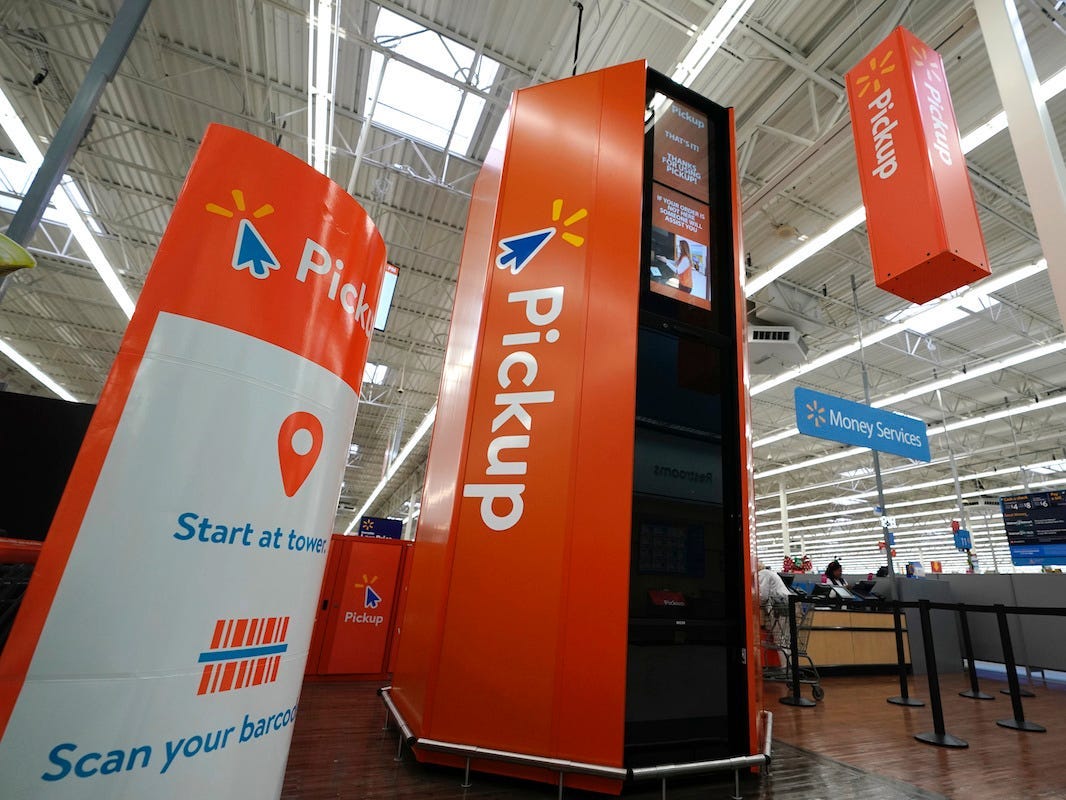 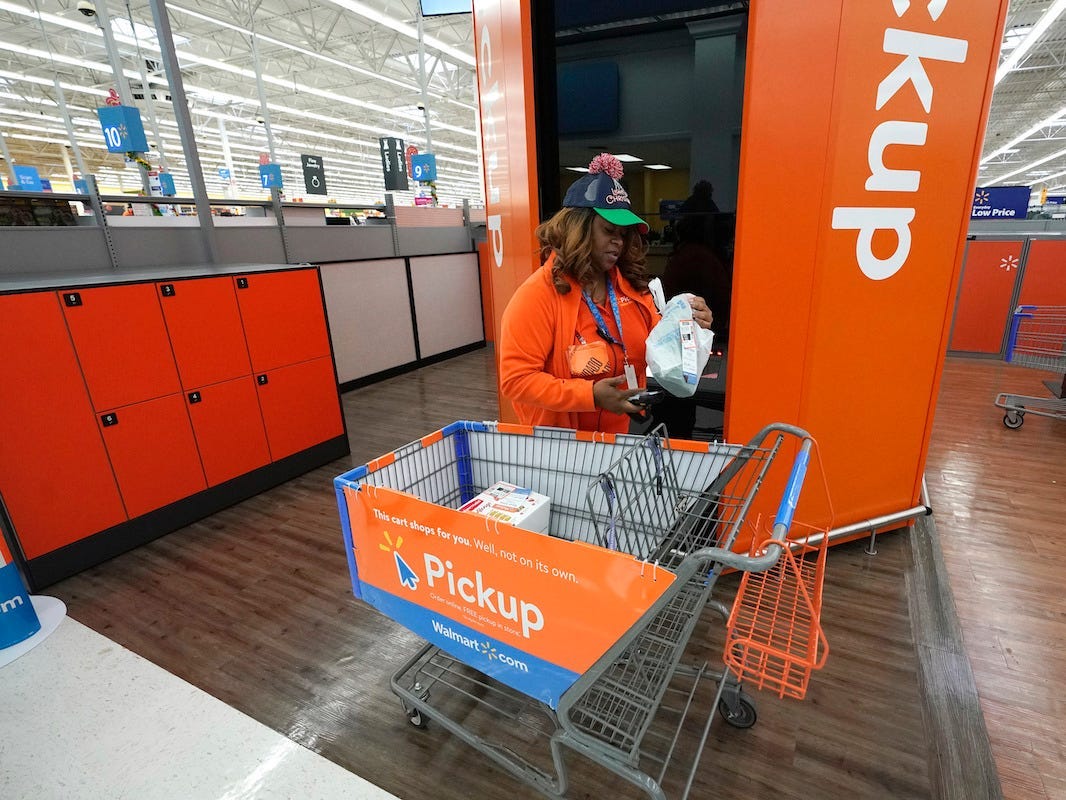 The pickup tower is more than 16-foot tall.

Walmart has reportedly removed and turned off some of its pickup towers for online orders in stores.
According to a Wall Street Journal report, the company is reacting to a consumer shift toward curbside pickup.
The company that makes and maintains the robots said about 300 had been removed, and 1,300 switched off.
See more stories on Insider's business page.

Walmart's futuristic, giant pickup towers in its stores could soon be a thing of the past.

The retailer has reportedly removed and turned off many of these machines, which customers can collect online orders from. Curbside delivery has taken off during the pandemic, making the robots redundant, according to a Wall Street Journal report.

The towers, which are 16-foot tall and 8-foot wide, were rolled out in 2017 to great fanfare. At the time, customers praised them as a speedier collection option: they could get their groceries from the robots at the front of the store rather than heading to the back and lining up.

To use the robots, customers scan a barcode on their online receipt, wait for the machine to open, and their items roll in on a conveyer belt. The towers were initially launched in a few stores, but are now in more than 1,500 stores, according to The Journal.

Going into the pandemic, curbside pickup was becoming more popular at Walmart and this only grew as more shoppers opted to avoid shopping in-store throughout 2020. Analysts say this pandemic-driven habit is here to stay.

“The customer told us they want one pickup spot, and they want that pickup spot to be outside,” a Walmart spokesperson told The Journal.

The CEO of Bell & Howell, a company that installs and maintains these machines, told The Journal that around 300 of these towers had been removed so far and around 1,300 switched off.

A spokesperson for Walmart did not immediately respond to Insider's request for more details.

Late last year, Walmart said it was removing some inventory-scanning robots after it decided that having staff check inventory was actually simpler.

Acknowledgement of debt: Is it bankers’ safe haven under IBC?

Can Travis Scott’s Cacti be Budweiser for Gen Z?