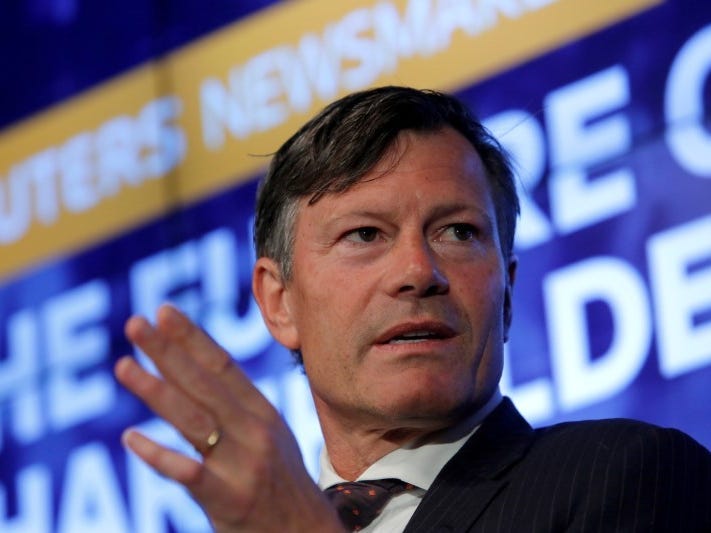 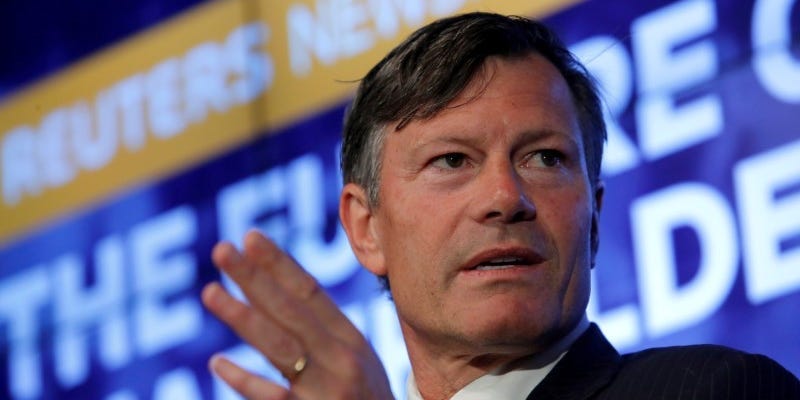 Nikola surged as much as 24% on Thursday after board member Jeff Ubben defended the company on CNBC.Scandals at Nikola over the past year have led to a 90% decline in the stock price since its peak at about $94.Ubben said Nikola has its head down and is working towards its goals of launching an electric semi-truck.Sign up here for our daily newsletter, 10 Things Before the Opening Bell.

Nikola soared as much as 24% on Thursday after its board member Jeffrey Ubben defended the electric vehicle company in an interview with CNBC's David Faber.

Ubben told CNBC's David Faber that despite the controversy over its founder and former chairman and ceo Trevor Milton, the company had its head down and is working towards achieving its goals.

That scandal includes the company rolling a prototype truck down a hill in a promotional video, which led to General Motors pulling the plug on its planned $2 billion equity investment in the company.

Shares of Nikola have fallen as much as 90% since its peak at $93.99 last June. But Ubben said the company is on target with its timeline of launching its electric semi-truck sometime between 2022 and 2023.

Ubben is managing partner of Inclusive Capital Partners. Ubben owns 4.8% of Nikola, according to SEC filings.

Comments from Ubben, who has sold Nikola shares in the past, come about one week before a sizable lock-up period expires for company insiders. In November, Nikola's board members, executive officers, and their affiliates voluntarily agreed to extend their original lock-up provisions through April 30, 2021.

The lock-up expiration will allow 136.7 million Nikola shares to be sold, roughly doubling its current share float of 144 million shares. 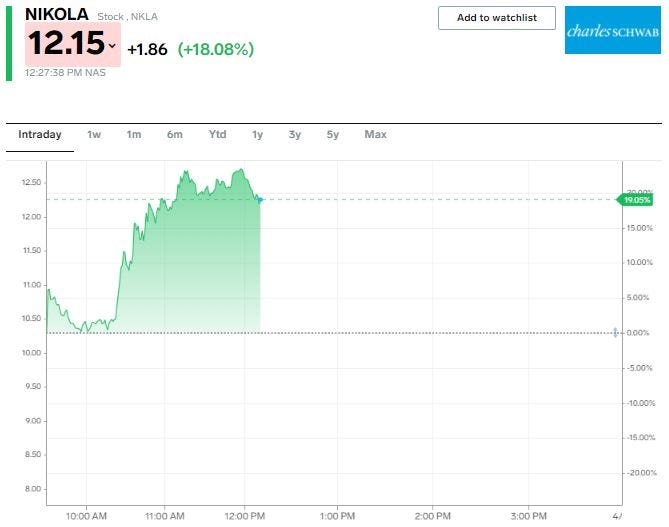 The prices of corn, cotton, and wheat have surged more than 50% over the past year – and it’s driving up the cost of everything from Coca-Cola to diapers

Long & Short of Markets: What are Rakesh Jhunjhunwala’s thumb rules for investing in internet companies?

Want a Future Worth Saving For? Here’s How to Divest Your 401(k) From Fossil Fuels