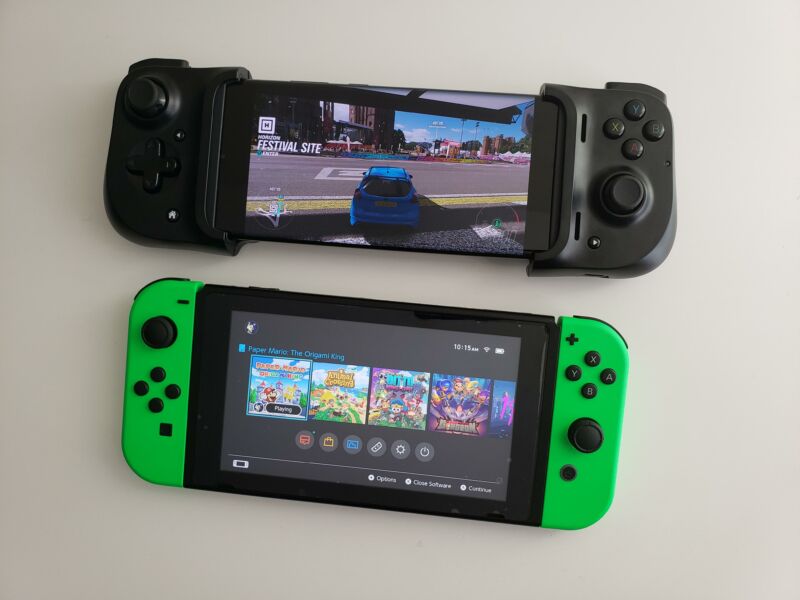 Enlarge / That Android Note Ultra 20 (with removable controller) at the top of the image is the closest you’re gonna get to a Switch-like xCloud streaming experience. (credit: Reddit / AS Empire)

For years now, there have been rumors that Microsoft and Nintendo were planning a major partnership to bring the xCloud game streaming features of Xbox Game Pass to the Nintendo Switch. But now an analyst is citing Nintendo itself as saying that rumored team-up won’t be happening.

Game industry analyst and Astris Advisory Japan founder David Gibson tweeted yesterday that while a Switch/xCloud partnership “would make a lot of sense… I have had Nintendo tell me directly they would not put other streaming services on the Switch.” With Nintendo not offering a comment on the matter to Ars Technica, that kind of secondhand sourcing from an analyst in a position to know might be the best information we get for the time being.

Gibson’s tweet came in response to more speculative tweets from NPD analyst Mat Piscatella explaining why he thought such a partnership would be a good idea. “Nintendo would get a massive content gain and sell millions of incremental Switch, [and] Xbox Cloud would be in front of millions of new potential subscribers,” Piscatella said. In the same tweet, though, Piscatella noted that “none of this means that Xbox Cloud will actually ever make it to Switch… there is a list of reasons why it wouldn’t.” (And no, a Switch in the background of an Xbox livestream probably doesn’t point to any of those reasons in either direction.)

Do we need so many virtual HQ platforms?

People Are Stealing Art and Turning It Into NFTs