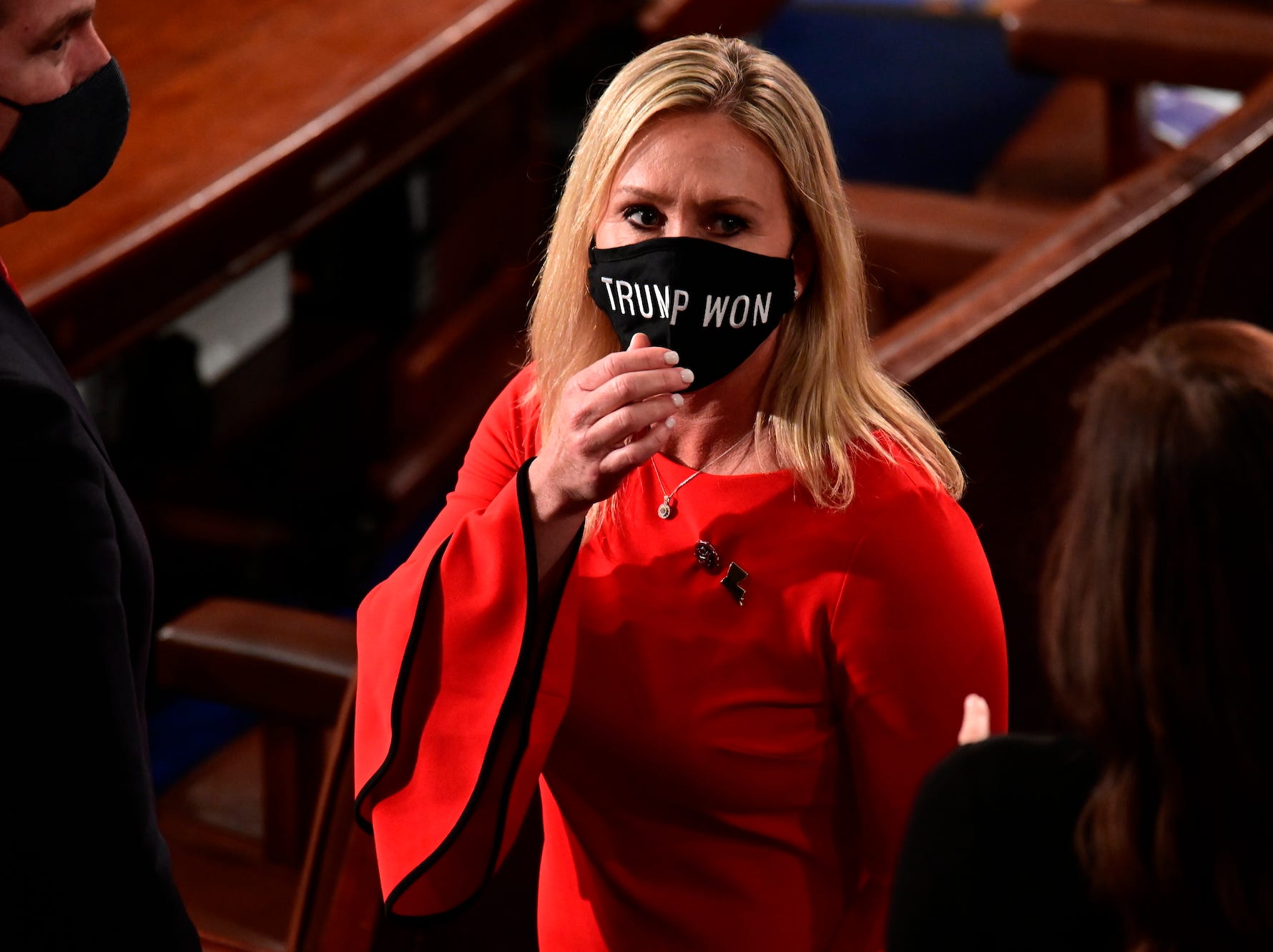 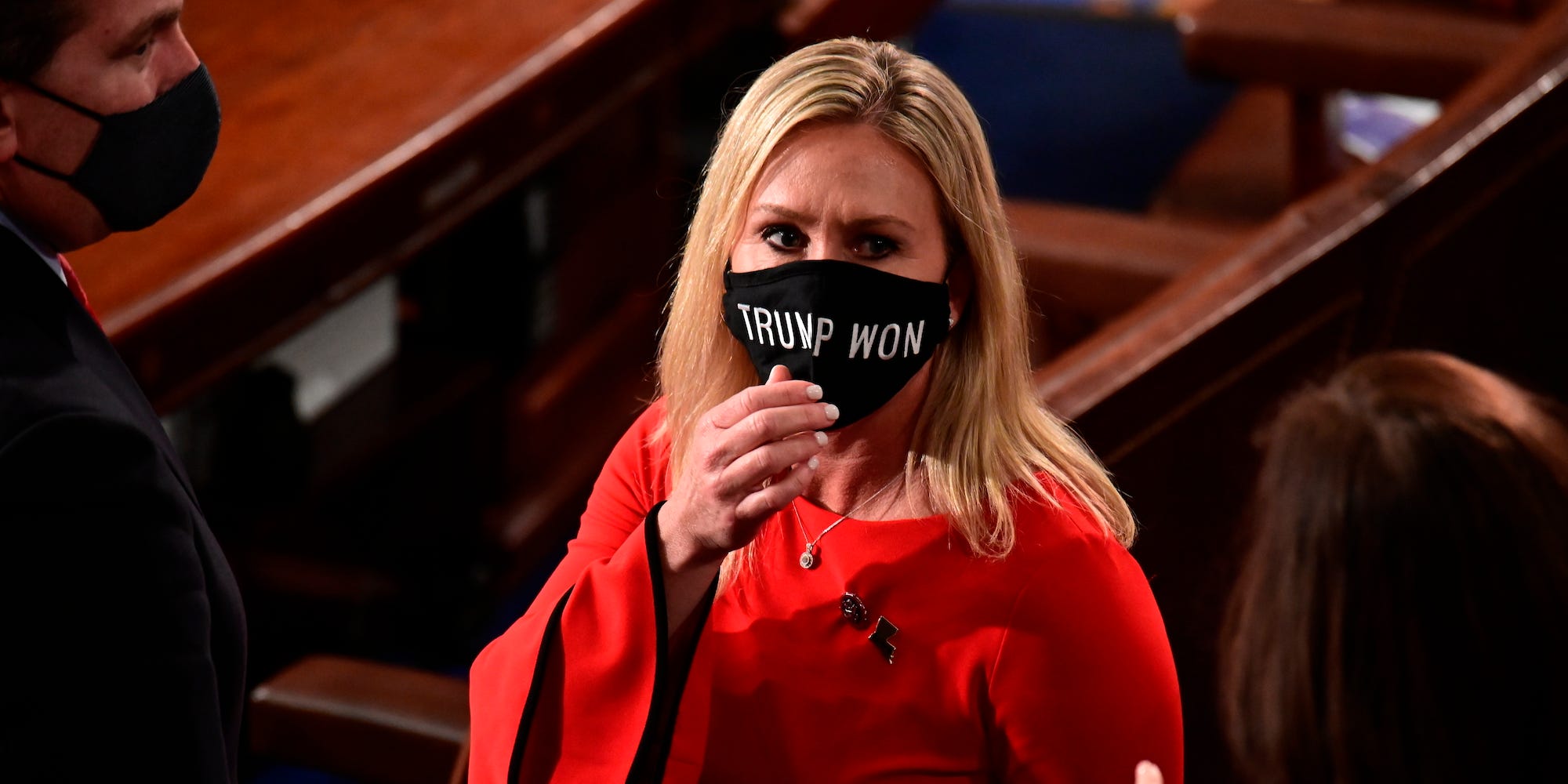 Rep. Marjorie Taylor Greene (R-Georgia) wears a “Trump Won” face mask as she arrives on the floor of the House to take her oath of office on the opening day of the 117th Congress at the US Capitol on Sunday, January 3, 2021.

GOP Rep. Marjorie Taylor Greene says she plans to introduce a resolution to expel Democratic Rep. Maxine Waters from Congress for her “continual incitement of violence on innocent American people.”

In a tweet on Sunday, Greene said Waters was inciting violence when she spoke with demonstrators in Brooklyn Center, Minnesota, on Saturday.

“Rep Waters is a danger to our society,” Greene wrote.

Protests were on their seventh day following the police shooting of Daunte Wright when Waters spoke to a peaceful crowd past the 11 p.m. curfew that was imposed, The Star Tribune reported.

Waters told the crowd that she supports murder charges and called for police reform.

“We've got to get justice in this country, and we cannot allow these killings to continue,” Waters said.

But Greene said Waters had a hand in inciting violence.

“After traveling across state lines to incite riots, her orders recorded on video last night at the Brooklyn Center, directly led to more violence and a drive-by shooting on National Guardsmen in Minnesota early this morning,” she wrote.

On Sunday morning, two National Guardsmen suffered minor injuries when someone in an SUV fired at them while they were providing neighborhood security in Minneapolis, ABC News reported.

One guardsman was taken to the hospital for glass-related injuries while the other's injuries were described as superficial. It's not yet known who fired the shots.

Greene added: “As a sitting United States Congresswoman @MaxineWaters threatened a jury demanding a guilty verdict and threatened violence if Chauvin is found not guilty. This is also an abuse of power.”

At the protest, Waters said she and the crowd are “looking for a guilty verdict” for former Minneapolis police officer Derek Chauvin.

Chauvin was charged with the death of George Floyd, an unarmed Black man, and has been on trial in Minneapolis.

“We've got to stay in the streets, and we've got to demand justice,” Waters said in a video posted on Twitter from the event.

“I am hopeful that we will get a verdict that says, 'guilty, guilty, guilty,' and if we don't, we cannot go away,” she added. “We've got to get more confrontational.”

In February, the House voted to strip Greene of her committee assignments as a response to her previous endorsement of political violence and support for QAnon conspiracy theories.