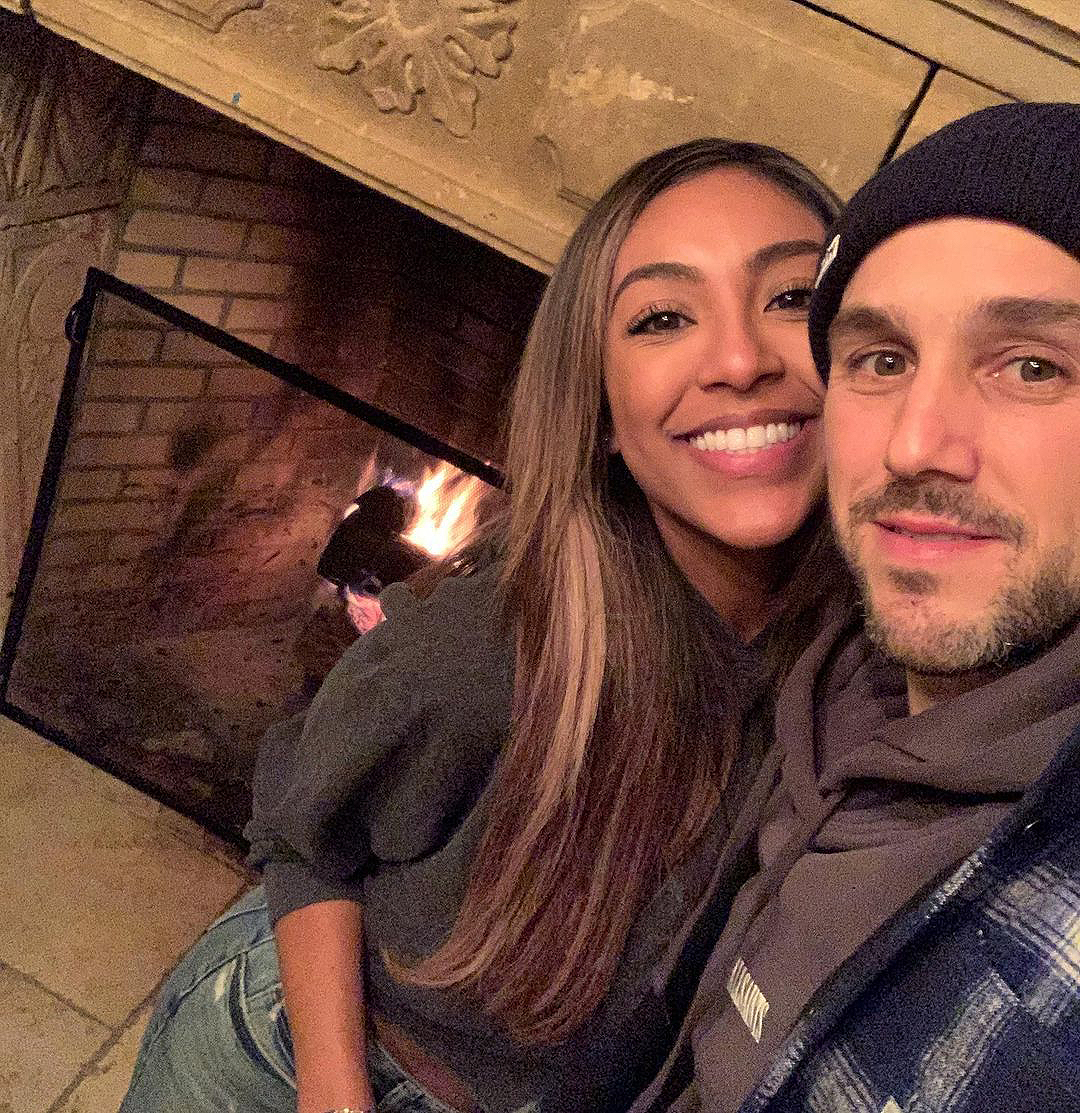 Going to the chapel! Zac Clark and his fiancée, Tayshia Adams, have begun arranging their wedding after getting engaged on season 16 of The Bachelorette.

“Obviously, there’s wedding plans,” Clark, 37, exclusively told Us Weekly on Thursday, April 8, while discussing the Goggins Challenge. “There are plans to get married, but it’s been a wild start to the year.”

The Release Recovery Foundation cofounder revealed that there isn’t a wedding date set at this “very moment,” but said “yes,” there will be one eventually.

Clark doesn’t have all the particulars finalized, but he explained that it’s unlikely that he and the California native will televise their wedding like many other Bachelor Nation couples, including Sean Lowe and Catherine Giudici and OG Bachelorette Trista Sutter and Ryan Sutter.

“I would say probably not, knowing us,” he told Us. “I would say that’s probably a ‘No,’ but, hey, happy wife, happy life. So, whatever she wants I’m in.”

The New Jersey native, who proposed to Adams, 30, during a December episode of the ABC dating series, previously told Us that the couple have weathered a few storms since the show ended, noting that they had to make adjustments when dating in the real world.

“Coming out of that [TV environment], I think we had a strong foundation, and then it’s about, like, digging in together and getting to know each other and understanding each other’s lives,” Clark told Us. “We’re both passionate, driven, busy human beings. And with that, we need to remind ourselves to work each other into it and we’ve done [that]. So yeah, a couple months after, there was some ups and downs, of course, and, like, well-documented, but at the end of the day, it’s all good right now.” 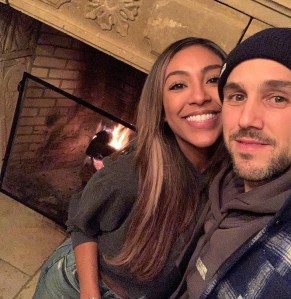 The duo, who live together in New York City, shut down split rumors last month after Adams was seen without her ring on social media.

“Everything is good,” the “Click Bait” podcast cohost told fans via her Instagram Story in March, noting she sent the diamond band to be resized. “Not gonna lie, I don’t like getting DMs putting this weird energy into the universe lol. I love that there’s so much love and support around our relationship but please don’t put unnecessary rumors/pressure on us.”

Clark then visited the phlebotomist on the set of season 17 of The Bachelorette in New Mexico, which she is cohosting with Kaitlyn Bristowe amid longtime host Chris Harrison’s temporary step back.

The former Who Wants to Be a Millionaire? host, 49, announced that he was taking a hiatus from his role in the franchise in February, after he made headlines for his controversial remarks about Rachael Kirkconnell, who was slammed for her past racially charged actions earlier this year.

Everything 'Bachelorette' Winner Zac Clark Has Said About His Sobriety

“I’m very happy today because I got a surprise visit,” Adams said when Clark showed up on set in late March. “I love you.”

Adams and Clark’s upcoming nuptials will be the second time both of them have walked down the aisle. The former Bachelorette split from Josh Bourelle in 2017 after more than a year of marriage. Clark, for his part, separated from Jennifer Stanley-George in January 2011 less than two years after they tied the knot in June 2009.

With reporting by Christina Garibaldi

There She Is! Morgan Stewart, Jordan McGraw Share 1st Pic of Daughter’s Face

Hailey Bieber Called Her First Year Of Marriage To Justin "Very Difficult," And Explained Why She "Wanted To Hide"

Celeb Moms Who Ate Their Own Placentas

South Park predictions: All the times the show seemed to predict the future