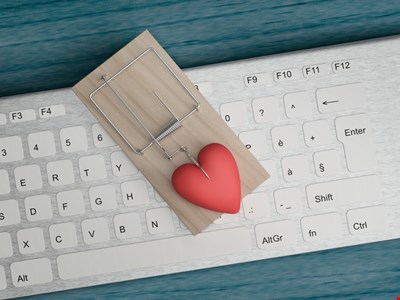 A convicted fraudster from Santa Monica, California, who conned the women he dated into investing in his fake businesses has been handed a custodial sentence.

Between May 2015 and October 2017, the 57-year-old tricked four women into parting with a total of $387,000. Among Wilson's victims was the actress Jenifer Lewis, whose credits include the films Beaches and Sister Act.

During Wilson's sentencing hearing, Lewis appeared via Zoom to give the court a victim impact statement. Lewis met Wilson when he was managing a branch of L.A. Fitness and calling himself Brice Carrington.

She described Wilson as “predatory con artist who, during the past 25 years, destroyed the lives of countless women and men.”

The actress said: “He meticulously researched me on the internet. He used all that information on the web to . . . worm his way into my life with false affections. His lies had no boundaries.”

Lewis said Wilson showed her military medals and what appeared to be official documents confirming his story that he had been a Navy SEAL. It later transpired that Wilson had purchased the medals and paperwork online.

“I agreed to invest, having softened only after he brought his children to my house,” Lewis said. “He used his children. Even to this day, that fact horrifies me the most.”

Lewis said becoming one of Wilson's victims had taken an emotional toll on her.

“The $50,000 he stole from me does not compare to his stealing my ability to trust. His treachery caused deep depression, and I was forced back into therapy,” she said.

Wilson pleaded guilty to one federal count of wire fraud last May. On March 9, he was sentenced to 8 years in federal prison and ordered to pay restitution of $272,000.

Prosecutors said Wilson did not tell his most recent victims that he had already served four years in prison after pleading guilty in 2009 to wire fraud and tax evasion charges. In the previous case, Wilson pretended to be an Oscar-winning sound effects designer to fraudulently obtain nearly $4m from investors.

Biden risks the future to juice the present

A lawyer filed more than 100 lawsuits over vanilla flavoring in foods and drinks, arguing most of it is fake

With the current rental car shortage driving prices way up, Turo offers a cheaper way to rent vehicles directly from their owners. Here’s what it’s like to use.