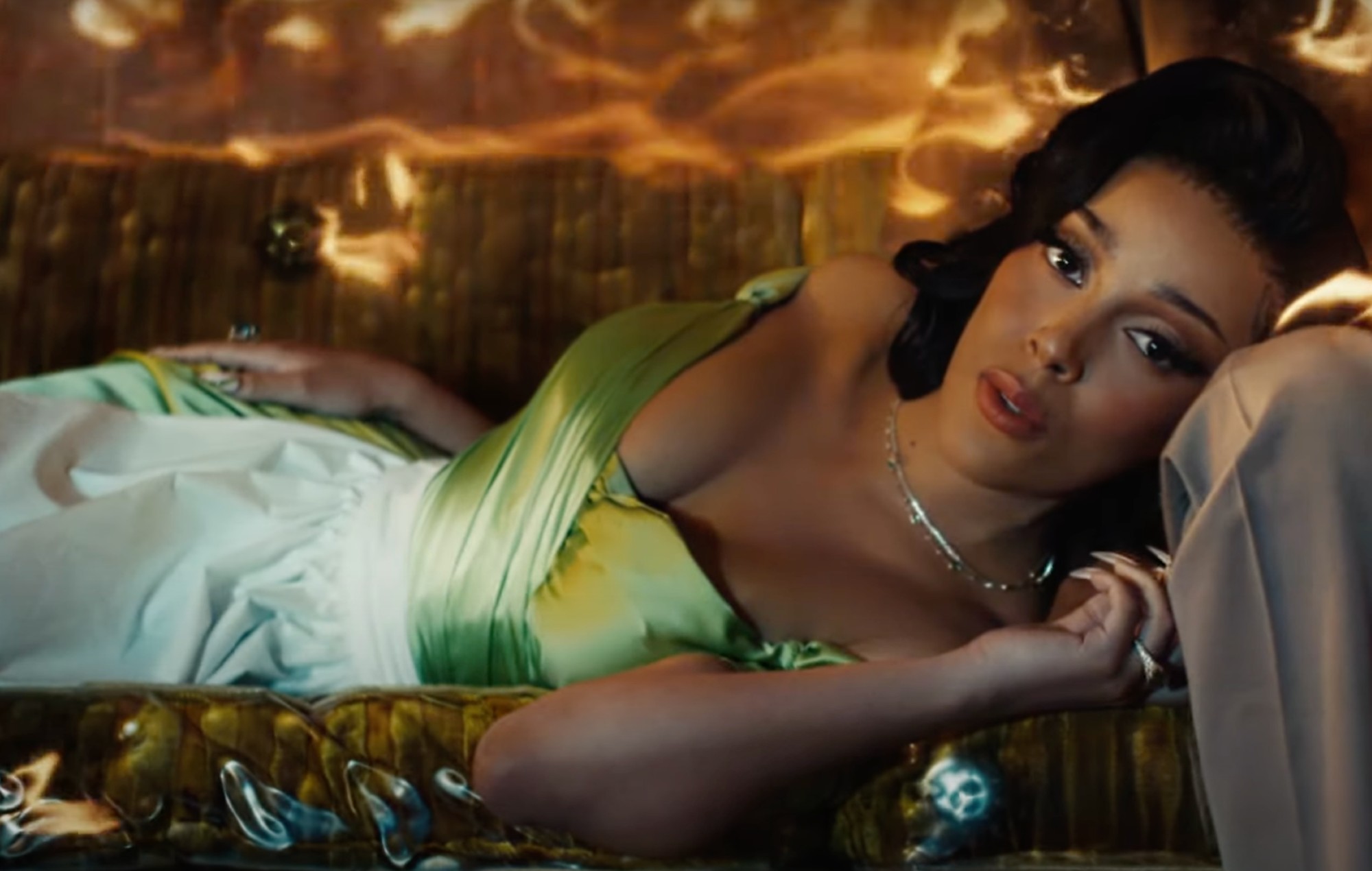 Doja Cat has released the music video for her track ‘Streets’, taken from 2019 album ‘Hot Pink’.

The video opens with a driver causing a traffic jam as he gets mesmerised by Doja as a mannequin in the window. Then, she pulls off her own rendition of the silhouette challenge as seen on TikTok, where she dances against a deep red light.

She also dances in the on top of a car in front of zombie-like men and pulls the aforementioned driver into her literal web among other dark scenes.

The viral challenge actually uses a mashup of ‘Streets’ and Paul Anka’s 1959 track ‘Put Your Head On My Shoulder’, contributing to the song’s recent popularity. This is just the latest instance of Doja paying homage to TikTok challenges in a video, after performing the viral choreography made to her song ‘Say So’ in its respective visuals.

Watch the video for ‘Streets’ below:

Despite being released in late 2019, ‘Streets’ marks the seventh song from ‘Hot Pink’ to receive a music video, following ‘Juicy’, ‘Rules’, ‘Bottom Bitch’, ‘Cyber Sex’, ‘Say So’ and ‘Like That’.

Prior to the rise in popularity of ‘Streets’ and its associated TikTok challenge, Doja Cat had actually sampled the same Paul Anka song in her 2018 track ‘Freak’, which received an official release on streaming services in August of last year.

As for the follow-up to ‘Hot Pink’, Doja revealed in September that it is apparently finished.

“It’s all ready. I hate that I’m holding on to it right now,” she said.

“…I see everybody is like, ‘Put it out, put it out’, and I’m like, ‘I would’, like, you have to plan things accordingly and there’s a lot going on.”

2021 has seen Doja Cat team up with a variety of collaborators, including Saweetie for ‘Best Friend’ and Ariana Grande with Megan Thee Stallion for a remix of ’34+35′.

The post Watch Doja Cat do the silhouette challenge in ‘Streets’ video appeared first on NME.

Steve Harvey – Here’s Why ‘It’s No Surprise’ He Likes His Daughter Lori Dating Michael B. Jordan!

Kylie And Kendall Jenner Get Drunk On Tequila, Do Their Makeup And Make A Mess