Apple Arcade had a splashy launch when it debuted in the fall of 2019, with high-profile games like Grindstone, What the Golf, and Assemble with Care. It's continued to amass an impressive library of games—I really loved one of the more recent additions, the kid-focused Alba: A Wildlife Adventure—but it's definitely been missing more of those “splashy” games.

It looks like a classic JRPG, the kind of stuff Sakaguchi has been known for. It's coming “soon,” so probably in the next few months. In a neat twist, players in a time crunch can avoid combat entirely, sending enemies to an alternate dimension and fighting them all en masse whenever it's convenient. Surprise, surprise: the dioramas look incredible.

I recently had a chance to chat with Sakaguchi. While our time was too short—a little more than 10 minutes, with half of it spent working through a patient translator—we somehow managed to talk about Sakaguchi's love of Gunpla, aka Gundam model kits? Of course.

We also talked a lot about Fantasian, too. 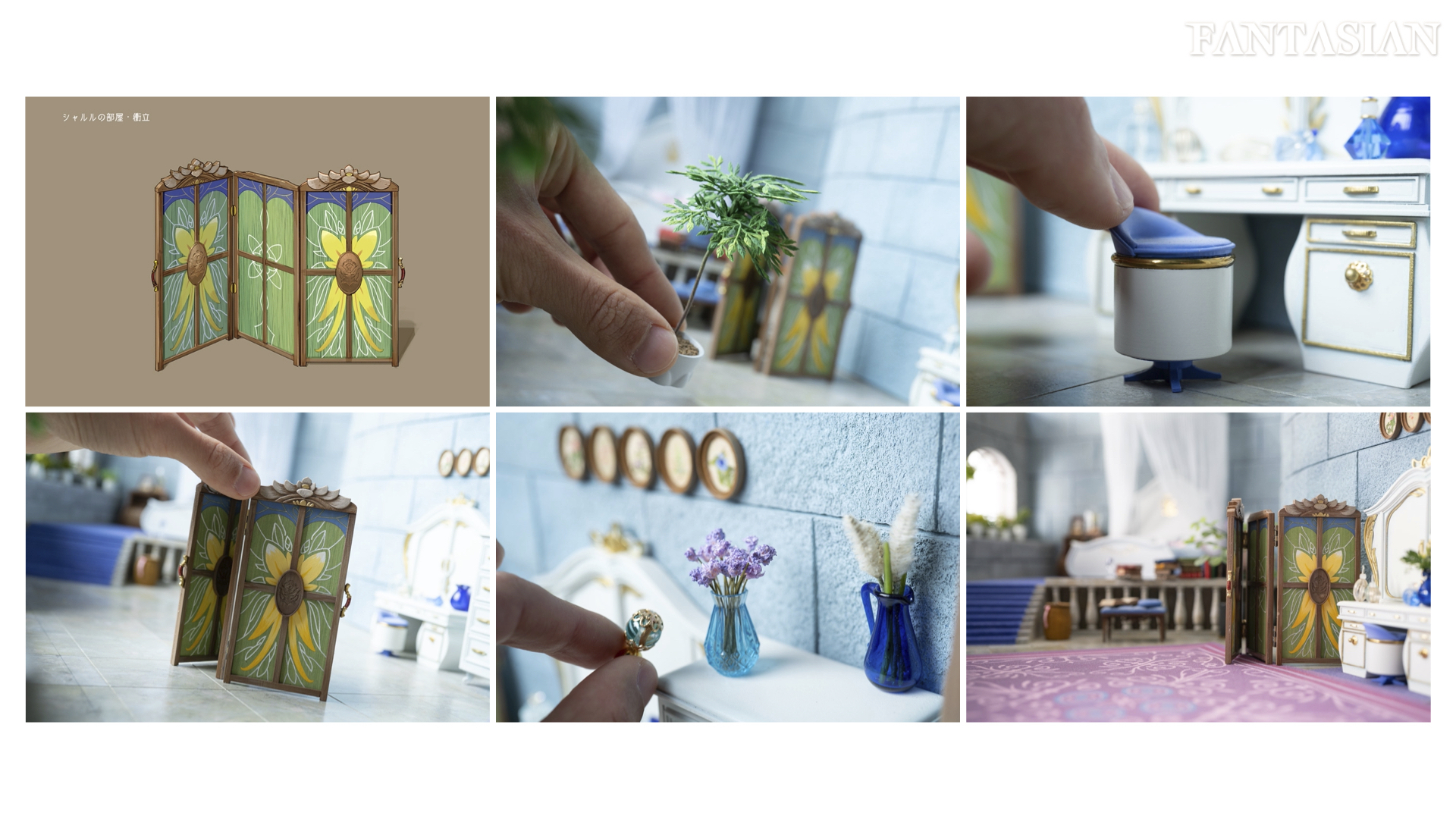 **VICE Games: You mentioned a collaboration with Final Fantasy composer Nobou Uematsu going back 35 years. You've been working on games at Square prior to even Final Fantasy for nearly 40 years. I'm curious what makes you still interested to keep working on games? What gets you up every morning? **Hironobu Sakaguchi: I generally just really enjoy games—playing games, as well as even making them. There's a lot of joy that I have. It's just a really fun experience.

Are you trying to elicit a certain emotion with the diorama artistic style? In Fantasian, I really valued the story experience—going back to my roots, back to the pixel art era of Final Fantasy. The story is a very heartwarming and uplifting one, [both] the themes and what's depicted in the game. So I thought that had a really nice synergy with that same unique charm that dioramas bring, and the motion that elicits in the audience when they see it.

And likewise, with this game being on Apple Arcade, I imagine a lot of players are going to be playing it on their mobile or tactile input interface devices, like iPhones and iPads. To be able to, with your hands, control this environment and characters that were handcrafted by these artisans…even though it's across the glass screen, I think there's a very poetic connection that they're made by human hands.

**Did you make any dioramas of your own as a kid? Was it ever a project you had in school? **When I was really young, I'd love to move my hands. I don't know if I necessarily made a diorama, but one that comes to mind is the…I don't know if you've heard of gunpla, the Gundam model kits? I would buy those and it was all the rage. So I'd be building them and it would be interesting to reconstruct it with my own hands.

I had six different airbrushes and it had an electric pump, so I would color my own gunplas.

**From a design perspective, when you're making these dioramas, these are physical objects. You can't just go into Unreal Engine and change around the way a bridge or a building is designed. So I'm curious what the design process is so that by the time you're laying this out into the game—if you have a different idea, that means you have to go to an artist and tell them to reconstruct a diorama, which seems like a big ask. **You are absolutely right. It is extremely difficult to change the dioramas once you've committed to a certain design concept. So there was a lot of time and resources spent in the concepting phase, if you will. We had to be very, very thorough in terms of the story, the scenario of what we wanted to do, as well as the general level design of each diorama, so we didn't have to go back and recreate or modify anything.

There was an added benefit—or unexpected benefit—which was [that] when I saw the dioramas in person and you could see the scope and the detail, it actually informed some of the game design, in that it gave you new ideas. “Oh, wow. I think we can make the characters walk on top of this roof. Or what if we add another area here?” It inspired some ideas that you wouldn't necessarily expect coming from these physical objects. 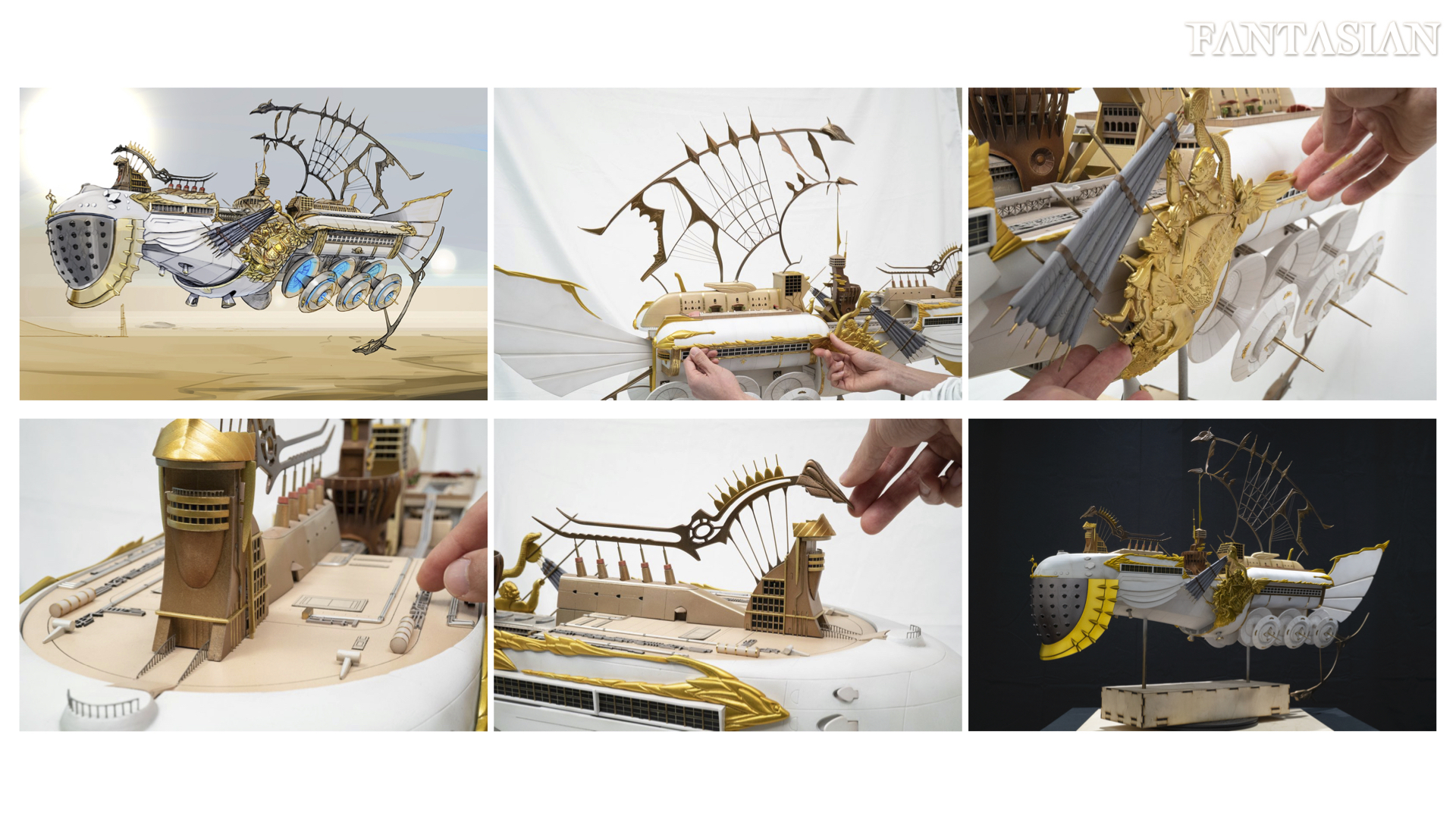 **When game development is completed, what happens to all the dioramas? Do you just get to take all of them home? Do they just go to your studio? **That's actually one of the biggest challenges that I'm facing now that we're close to the end of development. But some of the bigger dioramas can be as big as six-and-a-half-feet long, so they're stored in a storage unit right now.

But the unfortunate thing, however, is that a lot of the coloring techniques and methods [have limitations]. There's a lot of clay that's being used in these dioramas, so they won't last forever, and over time they will probably decay and break. So as of right now, at least, they're stored in a storage unit.

**Over the last 10 years or so, you spent a lot of time working on mobile games, with a lot of them modeled in a traditional JRPG style. What are some lessons from making games for a mobile game audience that you've taken into this game? **On a more technical level, I think working in the mobile space definitely gained us the technical skills and knowledge that we need to cater towards a more mobile platform. But Fantasian, in essence, is a console game, and I would argue that more of the console game development experience in my career came in handy when trying to to build this game, even on the mobile platform.

This is a game in which you've written the story for. You've spent decades writing stories for RPGs. Do you have a formal process? Do you wake up in the morning, have to drink a specific type of coffee and sit down in a certain room? I just wonder if there is any sort of ritual associated with how you go about writing your stories. There's a state of mind where you're kind of in-between, I guess you could say, sleep and awake. It's almost a small trance, if you will. I think that's a lot of where my ideas come from.

For example, I like to surf. Not while I'm actually riding the waves, but while I'm waiting for the wave, just staring off into the horizon—I'm in-between this mental state of sleep and being awake. And that's when I get a lot of interesting ideas. Likewise, when I'm in the shower, I'm slightly zoning out, and that's an interesting state of mind. But that's where a lot of, I would say, my ideas come from. 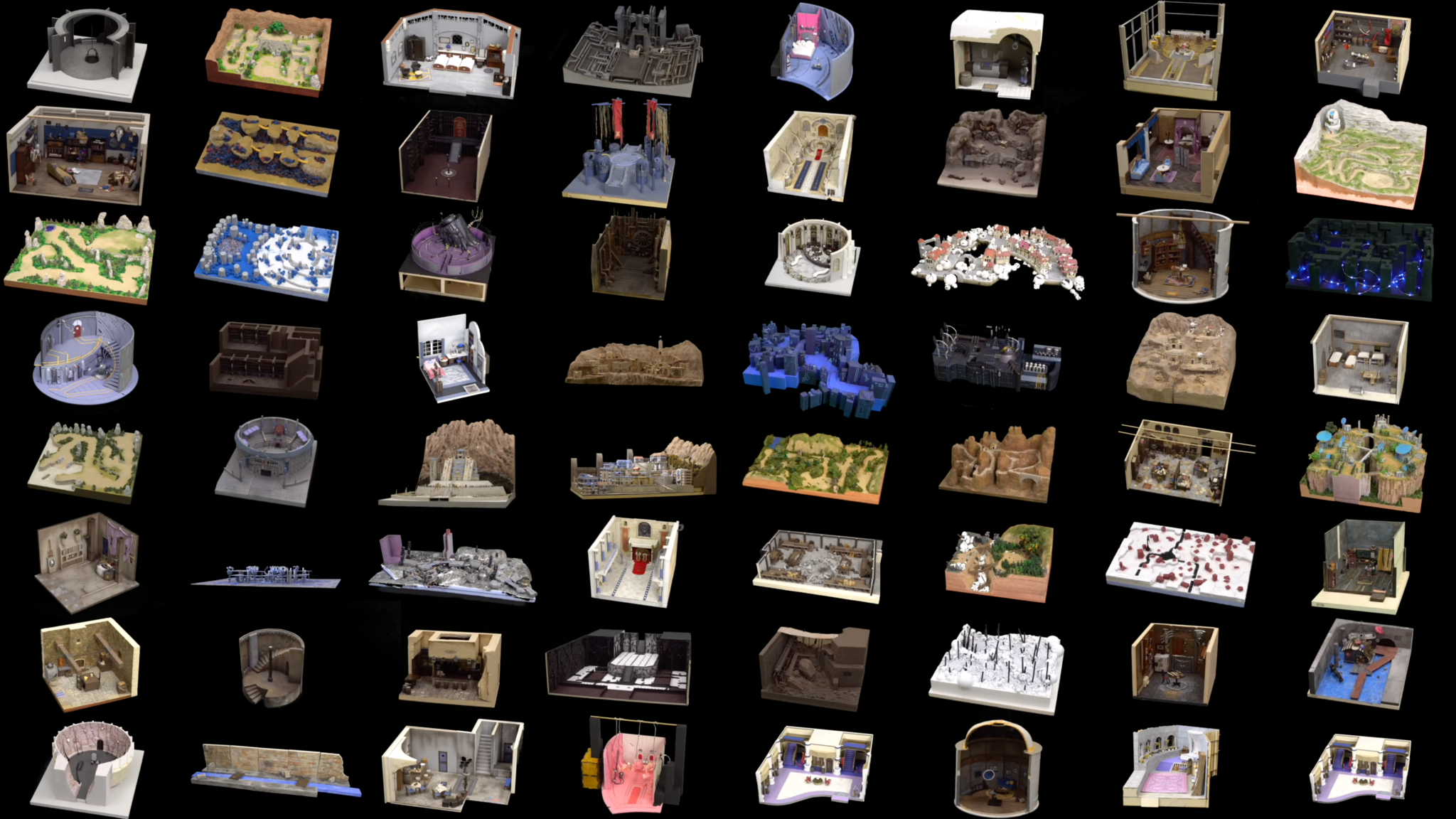 Do you remember where the original idea for Fantasian **came from, the original spark that turned into where we are today? **It is a tricky one to jog my memory. But I mean, I don't know if it would help to go into the themes of Fantasian, which is this unique balance and relationship between order and chaos. And you look at humans, or the biology of any animal, and I think there's a lot of order there to create our entire mechanism as functioning living creatures. All these cells are perfectly aligned in a certain order, yet we're probably the creatures on this Earth who bring about the most chaos into the world or nature, if you will.

And that, to me, was an interesting theme to explore. I would say it's that theme that I try to carry on into Fantasian's story and the larger message.

I imagine the story for this game was established long before our current COVID-19 moment, but it's currently a very chaotic moment for all of us. And so I wonder how you feel dropping a game about chaos into a moment in society when we're all feeling a little chaotic? As you mentioned, this is a story and world that I conceived before COVID and any of the craziness happening in the world right now. But I think it's really interesting how, at times, that the era almost informs certain aspects of the game, and I would say that there's probably at least a little amount, perhaps, of influence there. I think there is some relevance to that, even in our present day society that's in this really unprecedented situation.

Source: Why the Designer of Final Fantasy Is Still Making RPGs, Now With Dioramas

How The Russian Government Accidentally Blocked Its Own Websites