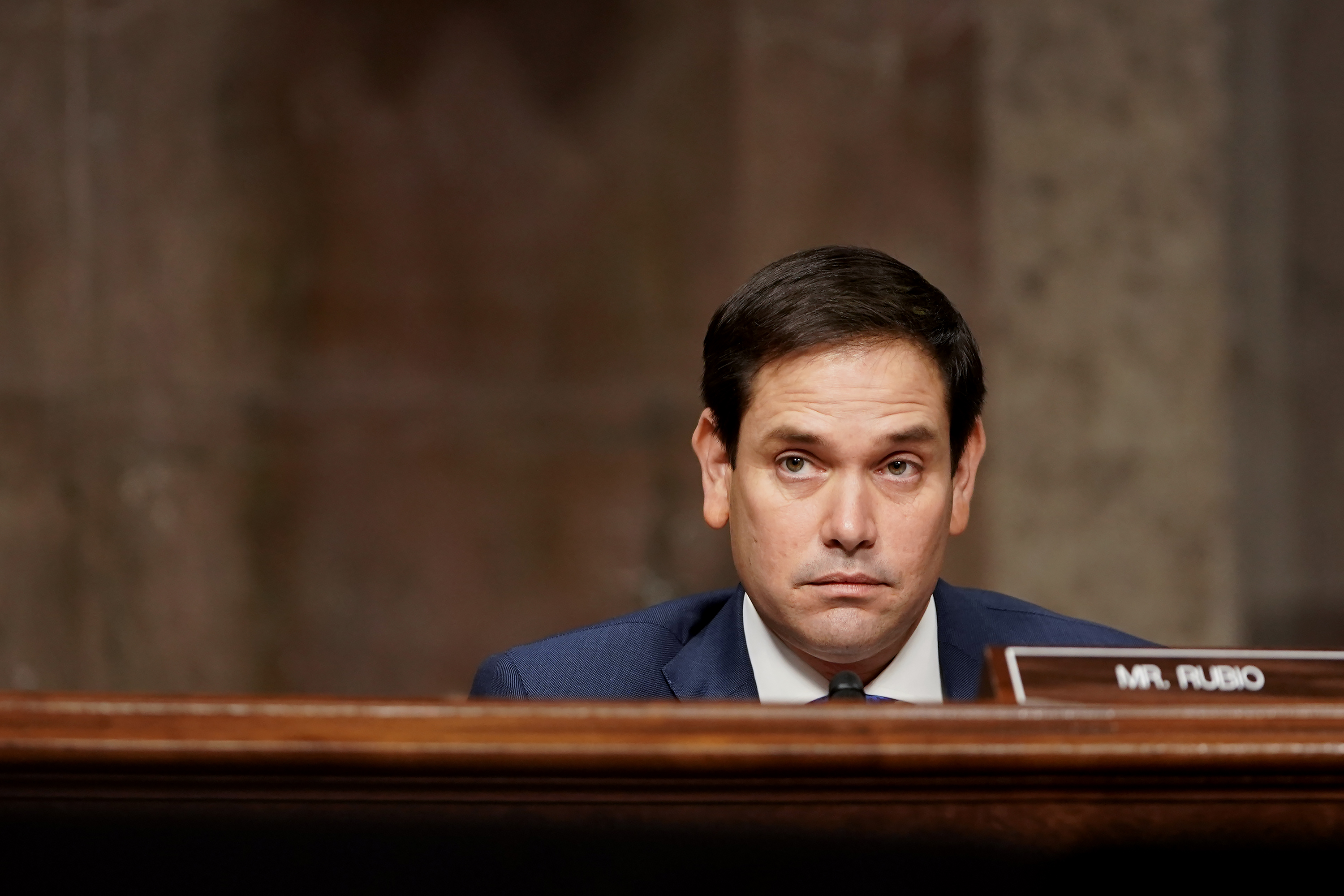 Eager to stake out some claim to his party’s post-Trump identity, Senator Marco Rubio on Friday took to the op-ed section of USA Today to argue that unions might be good sometimes if they help workers fight against “woke CEOs.” Specifically, he expressed measured support for workers at the Amazon warehouse in Bessemer, Alabama, who are in the midst of a tense union drive with the Retail, Wholesale, and Department Store Union.

It’s a bizarre op-ed on many levels. But it makes a lot more sense if considered within the Republican Party’s rolling identity crisis: Right-wing politicians are finding it increasingly untenable to say they’re in lockstep with corporations, despite backing just about every one of their policy preferences. As climate observers are well aware, the GOP is no stranger to bad-faith, short-lived expressions of solidarity when the going gets tough.

Rubio’s op-ed may seem like it’s about Bessemer workers, but it’s actually an elaborately constructed case against the PRO Act, the sweeping labor law reform that passed the House this week as the single biggest priority of organized labor, and which would make organizing drives like the one in Bessemer both easier and more likely. Rubio goes to great pains to make clear that he’s no fan of unions, in general. Even the Amazon workers in Alabama, he speculates, might have been egged on by “agitation from Democratic operatives.” What’s ultimately needed, he says, “is a more productive relationship between labor and management. Legislation like the Democrats’ Protecting the Right to Organize Act would essentially mandate adversarial relations between labor and management.”

Climate politics watchers have seen this show before. In the lead-up to Obama taking office, there was increasing agreement among GOP top brass and their donors that some sort of climate policy was on the horizon. Some of the country’s biggest corporate polluters and a few GOP elder statesmen—including Republican presidential nominee John McCain—backed cap-and-trade plans. Once there was a tangible bill to be voted on, ExxonMobil said it preferred a carbon tax. BP and ConocoPhillips, which had been part of the coalition supporting cap-and-trade, backed out. The Koch brothers unleashed their minions against it, and any Republican support that had existed collapsed. Lindsey Graham dramatically withdrawing his support put the nail in its coffin.

Ten years later, it’s still unclear whether Congress will take up standalone climate legislation, despite an upswing in global action. Yet with climate organizers having pushed the Biden administration toward more aggressive climate policy, corporations and conservative politicians are again claiming they would support carbon pricing. The American Petroleum Institute has hinted that it could soon officially back the policy, following its many members who have sponsored a carbon tax plan from the Climate Leadership Council. In a recent interview with Axios, Graham said he is once again open to a carbon price, saying he wants to “lean into” climate action and has been talking to climate envoy John Kerry. His colleagues continue to parrot vague talking points about innovation as the only reasonable solution for climate action.

Just as a decade ago, these statements serve a singular purpose: to ward off actually existing policy. Similarly, despite Josh Hawley’s claim that Republicans are “a working-class party now,” not a single Republican in the Senate voted to cut child poverty in half or for a $15 minimum wage as part of the most recent, hugely popular $1.9 trillion stimulus. As Rubio himself states, he’s not about to vote for the PRO Act. He does apparently feel the need to clarify he doesn’t hate all workers.

The likes of Marco Rubio and Hawley are currently caught in the awkward space between their C-suite donors and a base that, while increasingly enraptured by culture wars and white supremacist conspiracy theories, still, like most Americans, needs tangible relief. In response, they claim to be fighting a cabal of certain “woke capital” CEOs forcing Hardworking (white) Americans (men) to undergo cultural Marxist diversity trainings.

This is of course completely incoherent: Given its material interest in extracting as much surplus value as possible from workers, and centuries-old strategy of dividing workers against one another through racism and other means, capital is rather definitionally unwoke. Whatever side Republicans think they’re backing, it isn’t that of the working class. Nothing in their voting record—to disempower unions, and pad the bosses’ fortunes—suggests that will change anytime soon.

What the half-hearted push for right-wing economic populism does show, though, is a Republican Party on defense—and anxious in particular about how much juice is left in the tank of minority rule. Majorities of the country, that is, support the massive stimulus package Graham, Hawley, and Rubio voted down, along with government action on climate change and workers’ right to organize. Without Trump at the top of the ticket, Republicans might just have to win some more of those majorities over. Doing so without pissing off the CEOs who fund their campaigns is no easy balance to strike.

If Marco Rubio turning Amazon into a front of the culture war helps workers in Bessemer get their union, so be it. And if Republicans want to throw a few billion dollars more at clean energy R&D, the more the merrier. Understandably, even symbolic acknowledgments that workers deserve a voice or that the climate is changing are a welcome change from wall-to-wall opposition to unions and steadfast denial that global warming is real. But the Republican Party isn’t any closer to being a worker’s party than it is to being the party of climate action. If its elected officials want the votes that come from supporting popular policies, they’ll have to vote for them.

Source: Marco Rubio Is No More Pro-Labor Than He Is Pro-Climate

Under Biden, the BLM backtracks on Hammond grazing permit

DeSantis: ’Kids Do Not Need to Be Wearing These Masks’ in Class Come Fall Semester

George W. Bush is unrecognizable in the current Republican Party

Private investigator describes how he followed Rep. Mo Brooks’ wife into her garage to serve a lawsuit tied to the Capitol riot