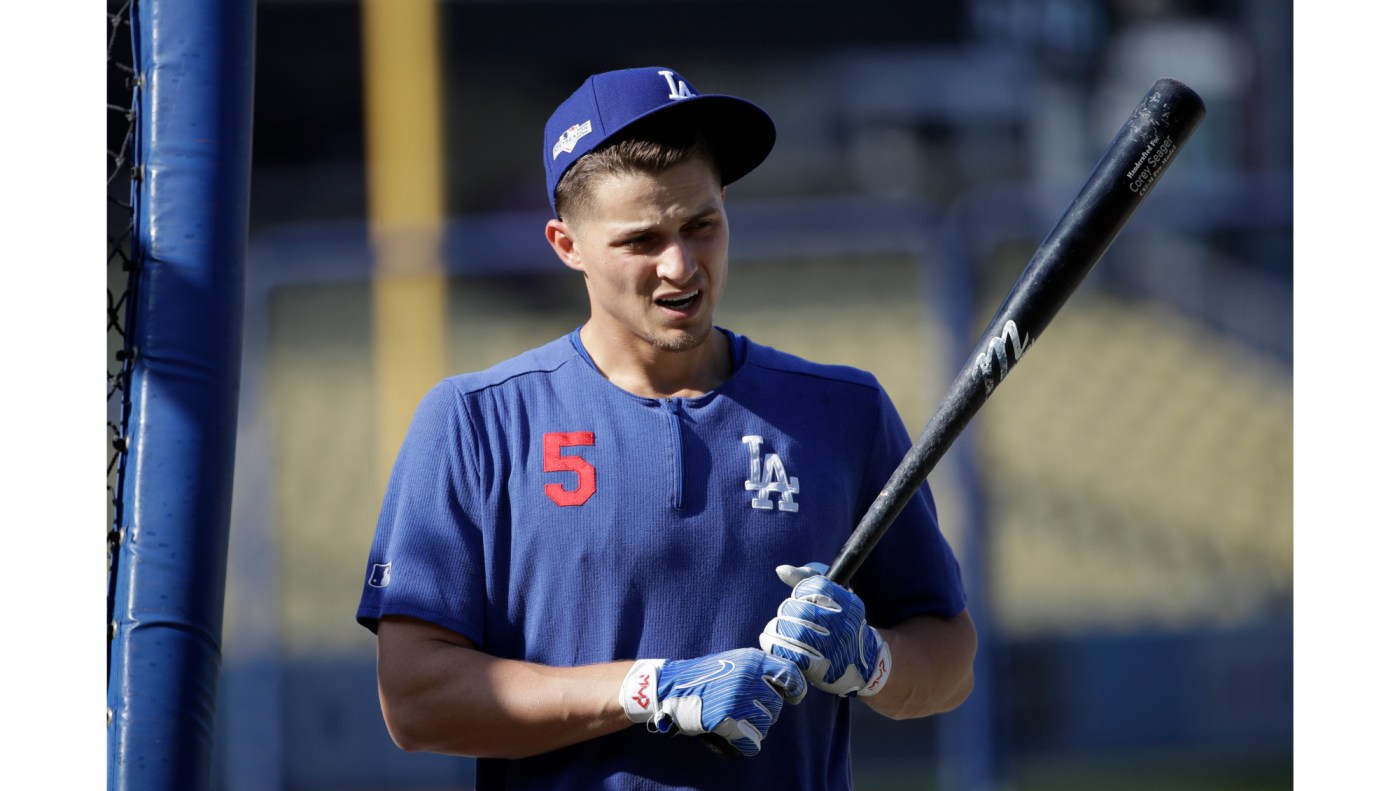 GLENDALE, Ariz. — Speculation about Corey Seager’s future will be his constant companion this season – as will be the case for his classmates in the ultra-talented group of shortstops headed toward free agency next winter.

Seager has already made it clear to the media he doesn’t want to discuss his contract status lest it become a distraction – while also making it clear he didn’t think it would be a distraction.

“It’s not really a thought process,” he said, pointing to the Dodgers’ established culture of maintaining a daily focus on the task at hand and nothing more. “We’ve talked about it for years now. It’s about showing up that day, passing the baton and just being a good team that night. Not really worrying about what’s next.”

The immediate challenge for Seager then is to stretch the remarkable consistency he showed over last year’s abbreviated season across the standard 162 games this year.

Last year, Seager was a Statcast star. His average exit velocity (93.2 mph) was seventh in the majors, third in the National League (behind Fernando Tatis Jr. and Christian Yelich). His hard-hit percentage (55.9 percent) and barrels per plate appearance (12.5, second only to Tatis) were among the best in baseball. Seager hit 99 balls 95 mph or harder. Only Tatis had more (102).

In other words, Seager hit the ball as hard as often as anyone in baseball during the 60-game regular season.

“I’ve played 162 games before so it’s just gonna go back to normal,” Seager said of maintaining that over a standard season.

“There’s ups and downs throughout the year. Last year was probably more spotlighted on trying to be good the whole year just because it was less games. But in a full year, it evens out. You go through your highs and your lows and it all evens out in the end.”

Seager has continued to hit the ball hard this spring. He had a two-run, opposite-field home run against the Arizona Diamondbacks on Wednesday night (his second home run of the spring) and is 6 for 15 in Cactus League games.

Last year’s internal numbers – the average exit velocity, barrel percentage, etc. – were all career-highs for Seager, most by a wide measure. He carried it over into the postseason, collecting the MVP awards for both the NL Championship Series and World Series with a robust OPS of 1.171 through the Dodgers’ 18-game postseason run.

Dodgers manager Dave Roberts is convinced Seager can maintain that level over the longer season this year.

“Yeah, I do,” Roberts said. “The thing with Corey is, No. 1, his body is working the way it’s supposed to work. He’s healthy. Just with his mechanics, when he’s right he’s as good as anybody in the game. He stays in the strike zone, swings at strikes and takes balls.

“With his skill set, I see no reason why he can’t pick up where he left off.”

The Dodgers, as has been well-documented, go eight deep on their depth chart of starting pitchers. Ten pitchers who threw innings during the 2020 World Series are in camp this spring.

Despite making 12 appearances with the Dodgers during the 2020 regular season, right-hander Dennis Santana fits into neither category. But he has looked good in Cactus League action. He has faced 13 batters in four spring outings, allowed just one hit, walked none and struck out five. After striking out two in a 1-2-3 inning Wednesday, Roberts called Santana “one of the brighter guys in camp so far.”

“I just think he’s really healthy and he’s gotten a lot more physical. He put in a lot of good work this past winter,” Roberts said of Santana who made his big-league debut in June 2018 only to suffer a shoulder injury shortly after.

“With the delivery, I think he’s able to hold positions throughout the delivery with the core and the lower-half strength. It’s just allowing him to execute pitches consistently. He has as good command as he’s had since I’ve seen him.”

Dodgers’ Chris Taylor had a new, underappreciated swing in 2020

Santana struck out 18 in 17 innings for the Dodgers last season but he also walked seven, hit two and threw a wild pitch. Primarily a starter on his way up through the Dodgers’ farm system, Santana’s value to the Dodgers now is as a multi-inning reliever with a sinking fastball that can produce ground balls. Whether there is a place for him in the Dodgers’ bullpen this season remains to be seen.

“He’s got a good opportunity,” Roberts said. “I think if you’re talking about Dennis, it’s in the ’pen. It’s a guy that can get left and right out with his changeup to the lefties and can take down a couple innings, potentially three innings. Obviously, we’re very fond of Dennis and he’s doing everything he can up to this point.”

Cody Bellinger participated in an intrasquad game Wednesday, playing five innings in center field and getting four plate appearances. He struck out twice, walked once and grounded into a double play.

They were Bellinger’s first at-bats in live game action since right shoulder surgery last November. Roberts said he was “real encouraged” by Bellinger’s progress and said he expects the 2019 NL MVP to make his first Cactus League appearance on Tuesday. That would leave Bellinger 14 games (including the three-game Freeway Series) to get ready for the start of the season.

Right-hander Brusdar Graterol threw his first bullpen session of the spring on Wednesday. Graterol only threw fastballs but Roberts said “not that it really mattered but I did hear he touched 96 (mph).”

Discord Mic Not Working? 6 Ways to Fix It

Is Manchester United vs West Ham on TV tonight? Kick-off time, channel and how to watch Premier League fixture