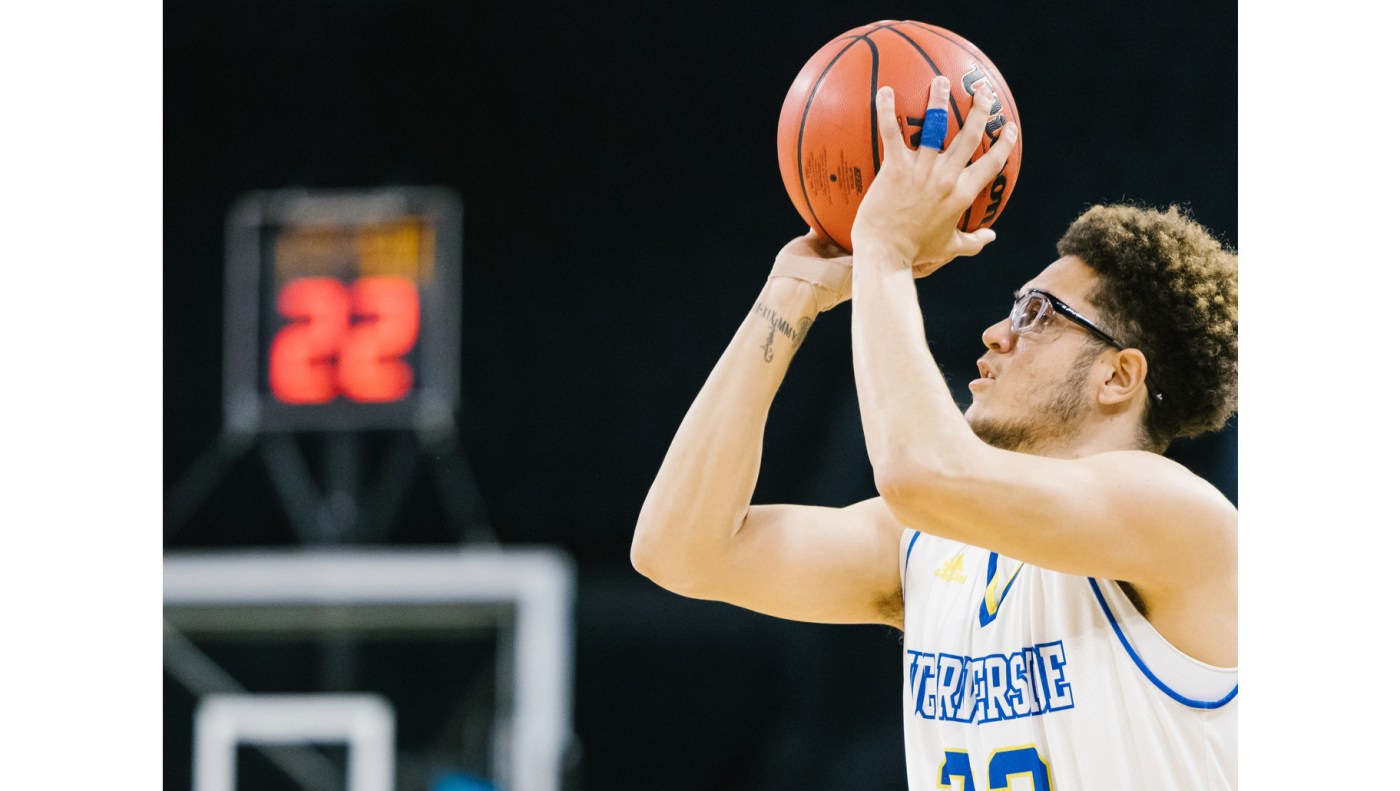 If the UC Riverside men’s basketball team felt any nervousness going into its Big West Tournament quarterfinal game in Las Vegas, it certainly didn’t show on the court.

The Highlanders played a poised and complete game in a 62-52 victory over Hawaii late Thursday night at Mandalay Bay to advance to the semifinals for the first time in more than a decade. Sixth-seeded Hawaii drew even at 49-49 with 6:42 left, but third-seeded UCR suffocated the Hawaii offense down the stretch, outscoring them 13-3 the rest of the game.

They came into the 10-team event with their highest seeding ever and will face second-seeded UC Irvine (17-8) in Friday’s 9 p.m. semifinal (ESPNU). The Anteaters and Highlanders split their two regular-season meetings, played on consecutive nights last month at UCR.

UCR has had its breakthrough despite the COVID-19 pandemic and the drama of the university considering shutting down the entire athletic program because of costs.

“We knew it would be a physical game,” said UCR coach Mike Magpayo, who has acknowledged trying to model the Highlander program on UCI’s template of physical play and stingy defense. “We knew we could rely on our defense and rebounding if we don’t shoot well.

“When the game was tied, our defense stepped up and we finally got a little rhythm on offense. Arinze (Chidom) and Jock (Perry) both stepped up defensively.”

Senior Dominick Pickett had a complete game, scoring 14 points, including 4 for 4 at the free-throw line, and adding four rebounds and a career-high six steals without a turnover.

Perry added 13 points and seven rebounds and Zyon Pullin had 10 points, five rebounds and five assists, though he struggled with his shot (5 for 15). The Highlanders’ biggest advantage was from 3-point range, where they made 9 of 24 while Hawaii (11-10) struggled to a 5-for-20 showing.

Pickett has become legendary at UCR, having once been a manager on the team as a walk-on freshman and growing each season to become a starter and a role model.

“The first thing he does is lead by example,” Perry, a senior transfer from Saint Mary’s said of Pickett. “He’s the first in the gym, the hardest worker I’ve ever been around. He’s experienced, he’s been through everything that’s been around the last five years.”

Pickett had the first basket after Hawaii tied the score. Chidom had a steal, then scored the ensuing basket on a backdoor play. Pickett hit a 3-pointer and Perry scored on the next possession to seal the win.

Hawaii shot 1 for 9 and suffered three turnovers after tying the score.

Junior Madut scored 12 and Mate Colina 10. Guard Justin Webster, the Rainbow Warriors’ leading scorer (13 ppg), was held to four points and failed to make a shot from the floor (0 of 6). Hawaii scored a season-low 28 points in the second half and shot just 36.5% overall (19 for 52).

.@JockPerry1 with the Strong Move of the Game

Gen Z and Millennials Don’t Actually Hate Each Other

Mike Tauchman, Derek Dietrich not stressing where they fit with Yankees