Homeland Security Secretary Alejandro Mayorkas will appear before the House Homeland Security Committee on Wednesday, as the Biden administration finds itself facing a crisis at the southern border with a surge of migrants that includes an overwhelming number of unaccompanied children.

Migrant children are arriving at the U.S. southern border at rates faster than they can be processed and transferred to sponsor homes, all while the Biden administration has repeatedly denied that there is a “crisis” at the border, a senior Customs and Border Protection official told Fox News on Tuesday.

Meanwhile, the Biden administration is refusing to call the situation a “crisis” as they scramble to construct new facilities to hold child migrants. Earlier this month, Mayorcas characterized what is happening as “a challenge at the border that we are managing.” 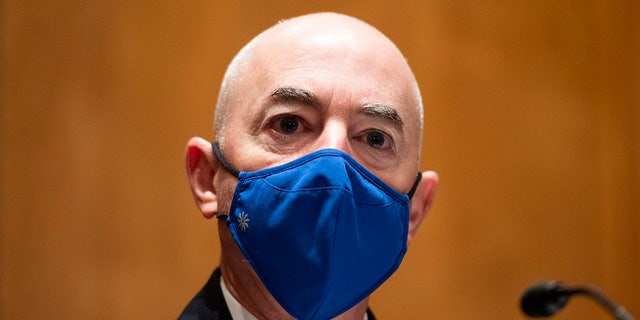 Despite this, Mayorcas described the number of migrants come to the border as “overwhleming” in an email to DHS staff in which he announced the activation of the Volunteer Force to help Customs and Border Protection officials.

MCCARTHY SAYS BIDEN HASN’T RESPONDED TO HIS REQUEST FOR BORDER MEETING, AS GOP TIES CRISIS TO HIS POLICIES

Republicans have blamed the situation on dramatic shifts to immigration policy made in the first weeks of the Biden administration. The president has started to roll back the Migrant Protection Protocols (MPP) which kept migrants in Mexico. Meanwhile, the administration has limited Immigration and Customs Enforcement (ICE) priorities for arrest, while pushing an immigration bill to give legal status to millions of illegal immigrants.

“We have to recognize that words have consequences and actions have consequences,” Rep. Liz Cheney, R-Wyo., said. “When the Biden Administration refuses to enforce our immigration laws, when they refuse to build the wall, when they pass legislation like the bill that we passed yesterday that includes money for illegal immigrants, this is what happens.”

CDC advisers will meet today about the J&J Covid-19 vaccine. Here’s what experts and state leaders say about the pause