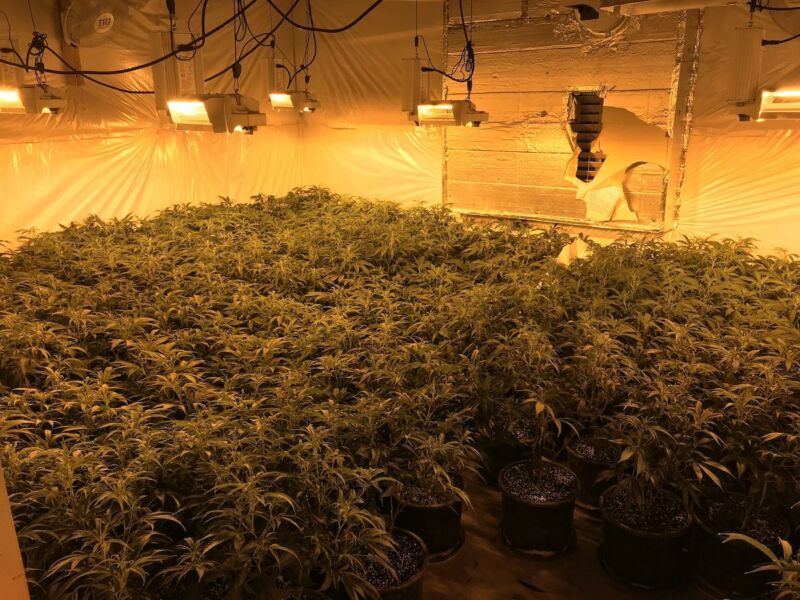 Back in the pre-legalization days, cannabis production meant finding a rarely visited patch of land and growing outside, or it meant taking cultivation indoors—typically to a basement where your product wouldn’t be visible from the outside world. But the power use involved in lighting a basement growing space was legendary.

With legalization, it’s really only the scale that has changed. Most legal marijuana is grown indoors, with some pretty hefty electrical use to match. Now, researchers have attempted to quantify the greenhouse gasses emitted, and they came up with some impressive figures. Based on their calculations, cannabis production results in over 2,000 kilograms of carbon dioxide emitted for every kilogram of product (defined as dried flowers), and its legalization has had a measurable effect on Colorado’s greenhouse gas output.

In many locations that have legalized cannabis production, a lot of factors make indoor growth a reasonable option, including simplifying security, enabling year-round production, and simply the experience that comes from now-professional growers having years of practice as amateurs. But Colorado—one of the first states to legalize the wacky tabacky—added what is presumably an accidental inducement by requiring that the majority of the cannabis put up for sale has to be grown on the site where it is sold. You can either use good agricultural land to grow it, or you can sell it near the urban centers and campuses where demand i higher—but not both.

Source: As a crop, cannabis has enormous carbon emissions

Can Travis Scott’s Cacti be Budweiser for Gen Z?

14 Tips For Getting Out Of The Paycheck To Paycheck Cycle

Looking for Delivery App Jobs? We Compared the Top Apps