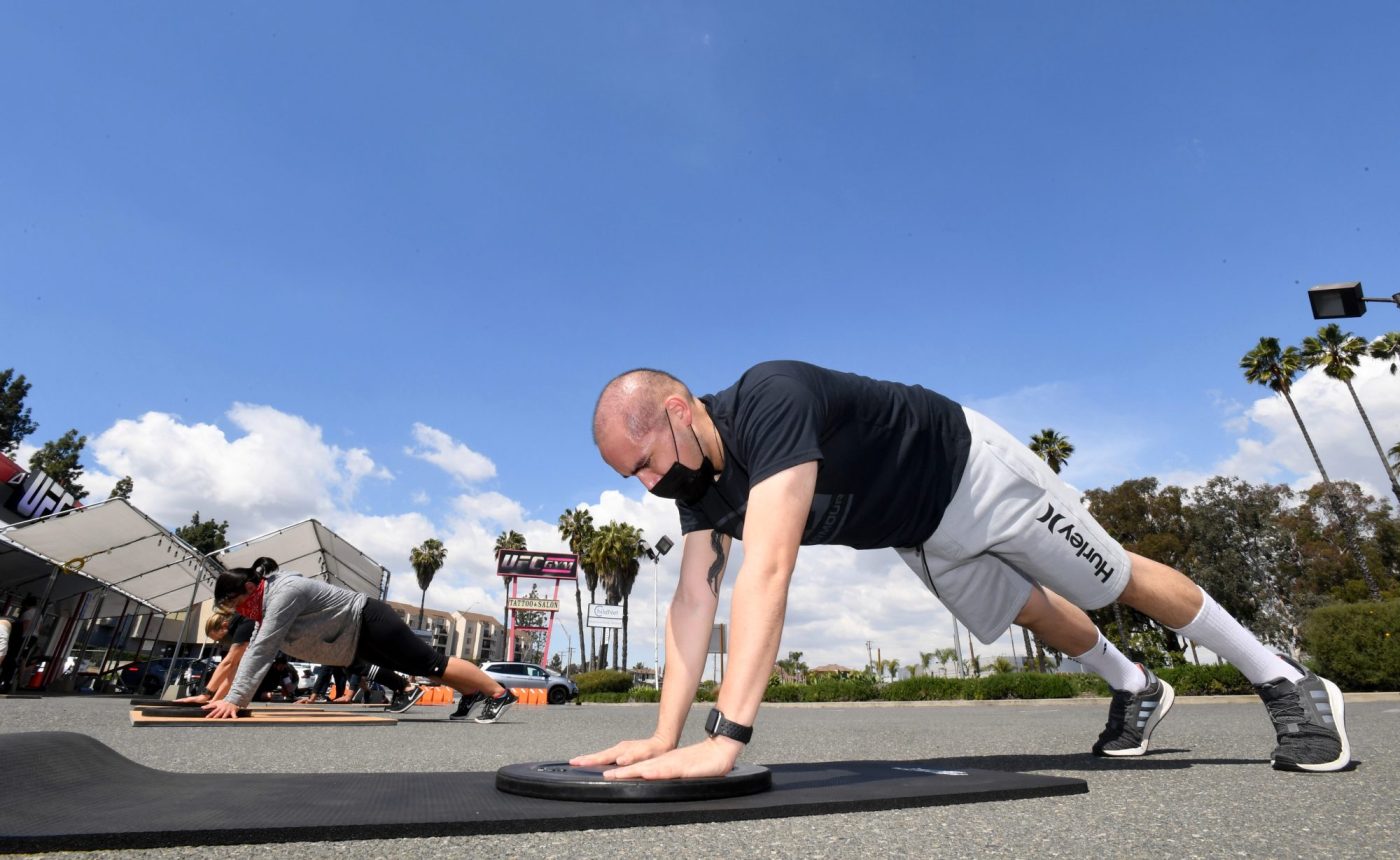 The coronavirus pandemic delivered a devastating hook to the jaw of the gym industry.

And now, with coronavirus metrics declining and vaccine doses increasing, a question looms: Can the industry get up from the mat?

After months of closure, the start of answering that question begins Monday, March 15. That’s when Los Angeles County, for the first time since the pandemic began, will move from the most-locked-down “purple tier” of state reopening guidelines to the second most-restrictive “red tier.” And while much of the focus has been on restaurants being able to serve customers indoor, the potential financial benefit also applies to fitness centers..

But the guidelines are tough.

While restaurants, museums and theaters will be allowed to resume indoor operations at 25% capacity, gyms, yoga studios and other fitness centers must max out at 10% capacity indoors.

The reason for the tighter restrictions are clear, with health officials noting multiple times during the pandemic that the heavy breathing that occurs while working out can more easily spread the respiratory disease.

Still, 10% capacity is a limit that some fitness facility owners say isn’t enough to support their businesses.

“We’re so thankful to just have our doors open,” she said. “But it would be nice to have more help.”

During the pandemic’s outset, safer-at-home rules shut the gyms’ doors, forcing many fitness centers to lay off staff or shut down completely.

Some owners moved operations outside, with mixed success. Others took fitness classes online. But nearly all struggled.

Some of their customers put fitness on hold. Others moved it indoors: Peloton, maker of high-tech stationary exercise bikes, for example, was expected to have made nearly $1.8 billion in sales for 2020, according estimates from JP Morgan, nearly doubling its sales from the previous year.

“A lot of people are opting for different methods,” said Raul Anaya — no relation to Pasadena’s Carmen — owner of UFC Gym Long Beach. “They’re still paying subscriptions, but a lot of excitement builds around these trends like Peloton.”

“All of our classes have had to adapt to make sure we give our members a proper experience,” Raul Anaya said. “But most people haven’t minded.”

For owner Raul Anaya and his staff, the daily routine included moving equipment outdoors before dawn to make the gym’s 6 a.m. opening time — and hauling it back inside at the end of the day. 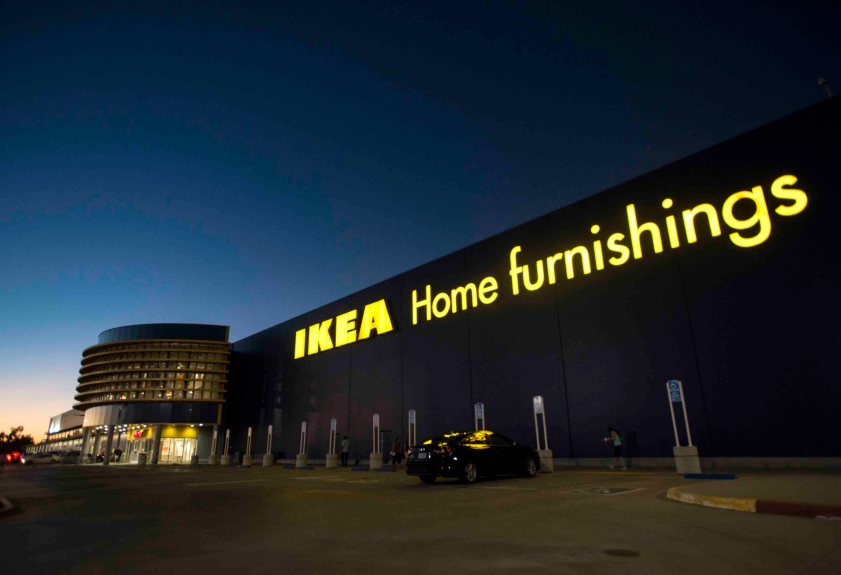 IKEA plans to open a 330,000-square foot store in Ontario. It will be in the Meredith International Centre, a mixed-use development that includes industrial, multi-family, retail and auto dealership uses.(Photo by Ed Crisotomo, Orange County Register/SCNG)

“People are just happy to be back,” he added. “To have a social group and get some relief from being cooped up at home.”

The pandemic, though, has also brought some first-time customers — people deciding to get in shape while they have more free time. And for Body One Fitness, which has locations in Rancho Palos Verdes and Redondo Beach, that means some members have yet to workout indoors.

“More than half of our current members,” said Body One co-owner Lou Sidella, “have only known the outside at this point.”

Homeless and humbled by grief, he found a home to last via pilot housing program

Cactus League baseball: Soaking up the sun while hope steps to the plate

Whicker: Utah Jazz rose to power after a COVID-19 vigil

Hardcore Fitness Pasadena, meanwhile, built an online format for members to participate in from home.

But, Carmen Anaya said, virtual courses lack the sense of community that members get from a “physical gym experience.”

Sidella’s gyms tried something different. They opted to allow members to check out equipment to borrow.

“We tried to institute an honor system,” he said, “for people to take home equipment to use.”

Sidella said that some members have had their memberships frozen since last March. But, much to his and co-owner Adriana Quirke’s surprise, the two locations saw memberships increase during the summer months.

The winter surge, which pushed hospital staffs to the brink and jammed morgues and mortuaries, disrupted that trend.

“It started to slow down,” Sidella said, “as people got skittish with rising cases.”

While pleased to be able to open indoors, the gym owners agree that Monday will be nothing like their pre-pandemic worlds.

Limited indoor capacity, for example, would not allow fitness centers to host classes, which Raul Anaya said can include 15 to 30 people at his gym.

“It just won’t be possible to accommodate,” he said. “We’ll probably just keep it limited to personal-training classes.”

Yet, despite the limits, the owners will be glad to be back indoors.

“I think this will be a great step forward,” Quirke said. “It will at least allow us to have some bodies back inside and have some normalcy.”

Sign up for The Localist, our daily email newsletter with handpicked stories relevant to where you live. Subscribe here.

Red Velvet’s Wendy will make her solo debut in April

Traveling to Brazil during Covid-19: What you need to know before you go

Cruise Ship Workers Are Sharing Their Craziest On Board Stories

How to File a Tax Return to Get Your $1,400 Stimulus Check

Dear Penny: I Have $700K, but Spending Gives Me Panic Attacks