With lockdown restrictions slowly starting to ease and UK holidays possibly resuming from 12 April, you might be looking to plan a domestic trip.

The UK is far from a second-rate destination and has attractions to rival any overseas favourites. There’s plenty to do and see – from discovering its varied scenery and wildlife to exploring its rich historic and cultural highlights. All that is missing, at times, is good weather.

But save yourself the sun chasing with our handy guide to the warmest UK holiday destinations based on the season.

From the bright lights of London to the sandy beaches of Bude, we’ve rounded up some must-visit spots for your next British break.

For more unbiased news and advice, sign up to Which? Travel

Warmest places in the UK in spring

From March to May, the weather can vary wildly wherever you go. In practical terms, nowhere in the UK is going to offer beach weather in early spring, so a city break is ideal.

For the warmest temperatures and lowest rainfall, London is a good bet – it’s one of the driest parts of the country.

You may also be able to catch one of a whole series of events being planned throughout 2021 to celebrate the 150th birthday of the Royal Albert Hall.

As spring progresses, the Isle of Wight could be a better bet. You’ll find daily highs of 16°C and 16 hours of daylight on an average May day, so there’s plenty of time to explore the island’s area of outstanding natural beauty (AONB).

When half term comes, there’s plenty to do for families, with attractions such as The Needles chairlift descending from multi-coloured Alum Bay cliffs. 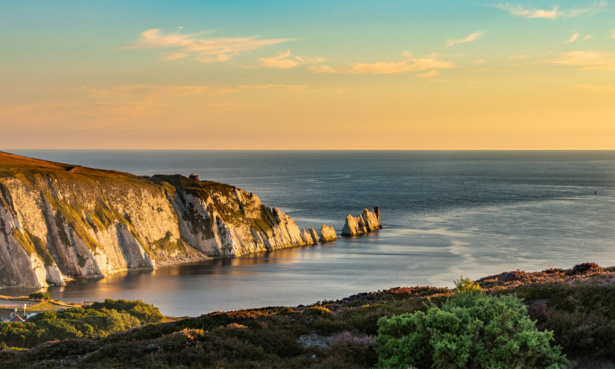 Warmest places in the UK in summer

London again reaches the highest temperatures, but the idea of getting on the tube or pounding the busy streets of the capital during school holidays may not appeal to many as the mercury rises.

Instead, head to Cambridge. The city’s university students will have gone home for summer, but don’t expect it to be crowd-free, as tourists hoping to punt down the River Cam are likely to ascend. Luckily, it lends itself to hot summer days and outdoor attractions, with plenty of parks to relax in. Walk just under 30 minutes from the heart of the city to Grantchester Meadows for a bit of peace while you picnic.

If you’d prefer a holiday by the sea, Eastbourne is a good pick for August. With highs of 20°C and the average nightly hotel price just £66, you can lap up a seaside break for a bargain price.

Alternatively, Stratford-upon-Avon is a good summertime bet. With highs of 19-21°C from June to August, you can spend warm days ambling along the banks of the River Avon, or out on a peaceful woodland walk at the reserve in Welcombe Hills, just six minutes by car from the town centre. By night, you can watch a play at The Dell Open Air Theatre – a must on a trip to Shakespeare’s birthplace. 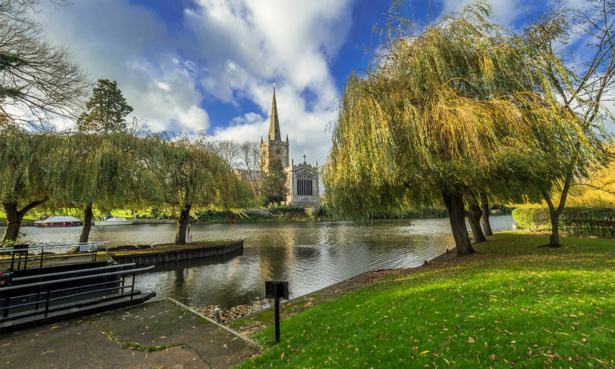 Warmest places in the UK in autumn

In autumn, seaside towns bask in sunshine during September, but they do drop significantly as you move through the season.

Daily temperatures reach 19°C in Jersey in September. And with the sea never more than 10 minutes away by car, there are plenty of beaches to discover, landscapes to explore and kayaks to hop in.

However, average hotel prices here are £116 per night, compared with Bude’s £92. So when November rolls around, the Cornish resort could be a more wallet-friendly option and only 1°C cooler.

If you’re brave, slip into a wetsuit ready to surf at Summerleaze Beach, or for a more low-key activity, take a swim at the beach’s sea pool.

When you’ve had enough of the water, you’re close to all the town’s shops, bars and cafés, and you’re just 25 minutes from the picturesque harbour village of Boscastle. 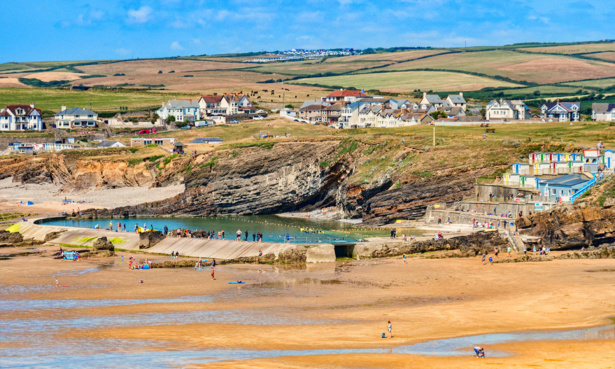 Warmest places in the UK in winter

While winter may sound bleak for a holiday, the UK’s AONBs have totally different but still beautiful outlooks to offer in the off-seasons. You may not even recognise some of them, especially since footpaths will be emptier – much better for some peace and quiet.

When it comes to warm destinations in the UK during winter, you’re out of luck however. Not many places climb into double figures.

Still, AONB Isles of Scilly is your best bet for warmth, but that by no means equates to a hot holiday – it’ll still be chilly at 8 to 10°C. It seems to enjoy more daylight hours than some other destinations in winter too, with eight in December, compared with Kirkwall, Orkney’s gloomy six.

The Isles of Scilly are remote – you’ll need to fly or hop on a ferry from the mainland in Penzance to get there – so it’s a guaranteed serene escape, especially in the off-season.

If you don’t fancy the long trek to the Cornish isles, try Gower instead. People flock there in summer, but winter has a certain refreshing ruggedness to it with windy coastal paths and sweeping Rhossili Bay to explore. If you’re lucky, you might spot a grey seal lazing on rocks at Worms Head. 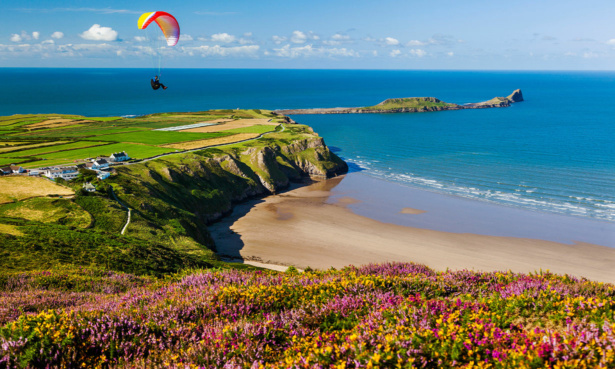 The Isles of Scilly topped our AONB survey table – find out where Gower came.

Source: The warmest places in the UK for your 2021 holiday

Trent Reznor, Atticus Ross, And HER Are Nominated At The 93rd Annual Academy Awards

Philippines tells China to mind its own business over maritime drills

Jordan’s royal family drama sends shudders around the region. Here’s what we know

The latest on the pandemic and India’s coronavirus crisis