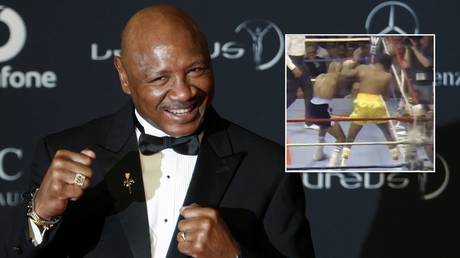 The boxing world has paid its respects to ring icon ‘Marvelous’ Marvin Hagler after his death aged 66. Fans, fighters and pundits all mourned the loss, with many sharing Hagler’s iconic 1985 war with Tommy Hearns as tribute.

Hagler’s family confirmed that he had passed away on Saturday, with his wife Kay announcing the news on a Facebook page for the middleweight legend’s fans.

“I am sorry to make a very sad announcement,” she wrote. “Today unfortunately my beloved husband Marvelous Marvin passed away unexpectedly at his home here in New Hampshire. Our family requests that you respect our privacy during this difficult time.”

One of Hagler’s sons, James, later told US outlet TMZ that his father had been taken to hospital earlier on Saturday after experiencing breathing trouble and chest pains at home. The family was reportedly later notified of his death, although the exact cause remains unknown. 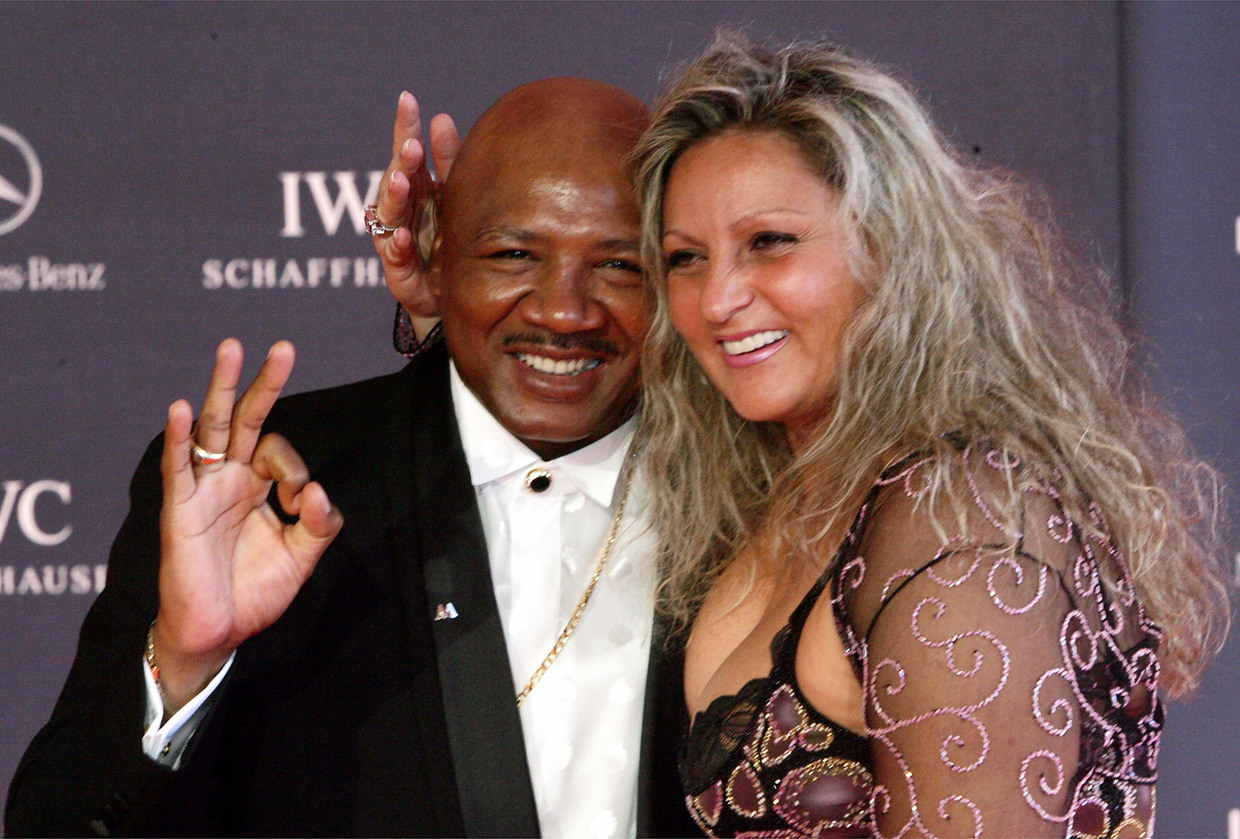 Hagler and his wife pictured back in 2005. © Reuters

Hall of Famer Hagler was one of boxing’s brightest lights in a golden era during the 1980s. The Newark-born fighter ruled as undisputed middleweight king from 1980 to 1987, a period which included victories over Tommy Hearns and Roberto Duran – fellow members of the famous ‘Four Kings’ of a gilded age.

In all, Hagler fought 67 times across 14 years as a professional, earning a staggering 52 knockouts and suffering three defeats and two draws. He went undefeated for 37 fights, making 12 successive title defenses before losing a highly-contested split decision to fellow all-time great Sugar Ray Leonard at Caesar’s Palace in 1987. That was to be Hagler’s last fight before he retired, disgusted at the judges’ scoring.

After the news of Hagler’s death, the world of boxing paid tribute to one of its greatest-ever practitioners.

Marvelous Marvin Hagler was among the greatest athletes that Top Rank ever promoted. He was a man of honor and a man of his word, and he performed in the ring with unparalleled determination. He was a true athlete and a true man. I will miss him greatly. pic.twitter.com/RjNSlayBwA

Saddened to hear about the death of Marvelous Marvin Hagler. One of the greatest to ever step in the ring! #RIPMarvelous pic.twitter.com/RNgVym0CdC

I’m simply stunned to hear the news of Marvelous Marvin Hagler. Not only was he a living legend, but I was proud to call him my friend. He was so full of life, energy and positivity in our conversations that you would never guess what a wrecking machine he was in the ring.

Fans also shared the opening round from Hagler’s 1985 showdown with Hearns, a contest so hell-for-leather that it was dubbed ‘The War’ while the first three minutes of the bout are often cited as the greatest round in boxing history. Hagler would go on to win the bout with a third-round KO of his rival.

Super Sky Point to Marvelous Marvin Hagler. In the champ’s honor, let’s all watch the greatest goddamn round in boxing history one more time. Hagler vs. Hearns, Round 1. #RIP to a legendary warrior. pic.twitter.com/3NY78qwtPO

Events in the boxing world paid mourning to Hagler’s passing on Saturday, including at the super flyweight showdown between Juan Francisco Estrada and Roman ‘Chocolatito’ Gonzalez in Dallas.

Fittingly, that fight played out as an all-out war which was hailed as an instant classic in which a super flyweight record of 2,529 punches were thrown before Estrada earned a split-decision victory.

A 10-count in honor of the late, great Marvelous Marvin Hagler. pic.twitter.com/vpeyD5GDLZ

15 video game streamers your teens should be watching

Partey: Why did Arsenal star fade spectacularly against Manchester United?