Imagine for a moment the world of organized crime in Southeast Asia, and you may picture meth labs, human-trafficking rings, or the billion-dollar trade in endangered species.

But lately law enforcement has noticed the oddest of goods circulating in the underworld: plastic junk such as bottles, candy wrappers and yogurt cups.

Interpol said late last year it’s seen a spike in organized criminal efforts to smuggle recyclable plastic from rich countries into Southeast Asia. It said there’s a growing business in making plastic disappear in dumps and furnaces across the region. While hard to estimate the financial size of this trade, if it’s anything like the illicit market for electronic waste, it could be worth hundreds of millions or even billions of dollars.

It’s not because gangsters love the environment, of course. In 2018, a plastic ban by China threw the global recycling market into disarray, sending massive shipments of unwanted junk, mostly from wealthy nations, to developing countries. The fallout came to Southeast Asia, and law enforcement operations in the last two years suggest the illegal trade is a key part of it.

“Trafficking in waste becomes very complex now,” Patricia Grollet, Interpol’s operational coordinator for pollution crime, told VICE World News. “This is why there’s this organized crime involved behind it. Because there’s a level of sophistication [that] is really one of a criminal enterprise.”

And following new restrictions on the global plastic trade that took effect in January, Grollet expects things to get worse.

“This is why there’s this organized crime involved behind it. Because there’s a level of sophistication [that] is really one of a criminal enterprise.” 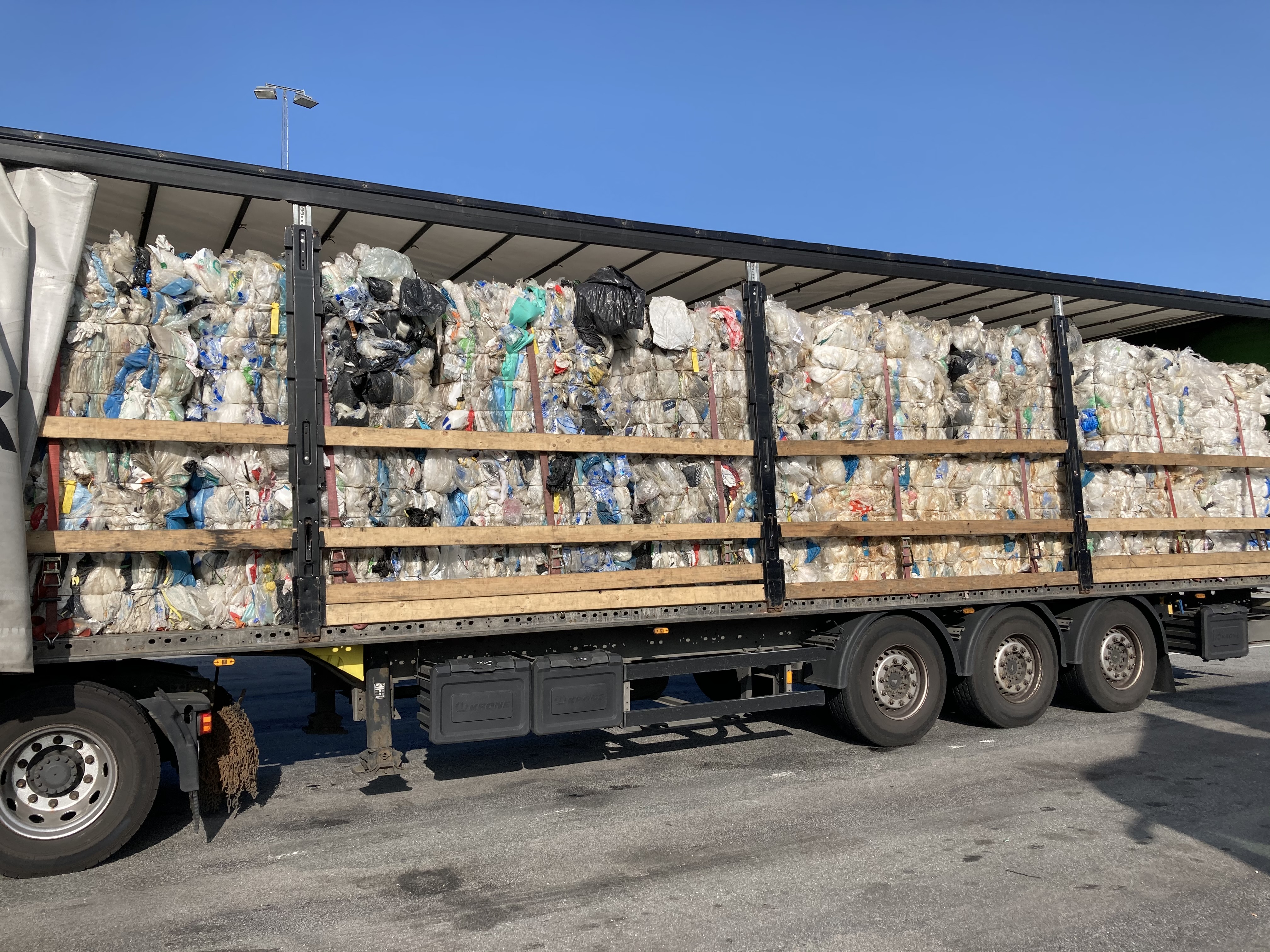 Environmentalists call plastic pollution a worsening global crisis. About half of all plastic ever produced was made in the last 20 years, according to Our World in Data.

Each year about a fifth of that gets recycled. The balance goes to dumps, incinerators and increasingly the ocean, harming wildlife and causing such horrors as the Great Pacific Garbage Patch.

Recycling is expensive, so historically, developed countries have outsourced much of it. For decades, China was their anchor, taking about half of exported plastic scrap.

But Chinese officials came to see they were receiving far more plastic than they could realistically recycle. And with economic growth, there was plenty of domestic plastic to deal with.

Three years ago, China outlawed imports of all but the most usable plastic.

“They set strict requirements that very, very few of the importers could meet,” said Eirik Lindebjerg, global plastics policy manager for the World Wide Fund for Nature. “In practice it became like a ban.”

Millions of tons of plastic needed a new home, and Southeast Asia became a target.

Plastic flowed into Thailand, Indonesia, Malaysia and the Philippines, countries that had some recycling capacity and wanted to build more. But it soon became apparent that the volumes far exceeded what they could recycle in a legal, let alone environmentally sound, way. 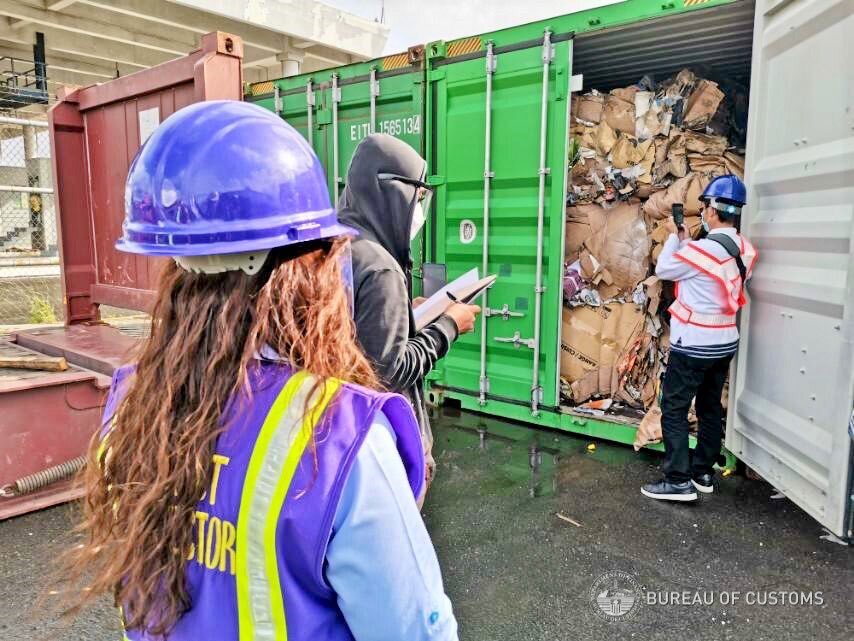 Inspecting illegal waste in the Philippines in October 2020. Photo: Philippines Bureau of Customs

Discarded plastic started turning up in forests, fields, and other makeshift dumps. No one knew where it was coming from or how it got there.

One place that made headlines was Pulau Indah, whose name means “beautiful island” in Malay. Pulau Indah sits near Port Klang, the second-largest port in Southeast Asia. In 2018, locals protested pollution from illegal recycling operations that were cropping up all over the place.

Heng Kiah Chun, a campaigner with Greenpeace Malaysia, visited with a team of investigators. They found mountains of plastic belonging to no one. Bootleg factories were recycling what they could. What they couldn’t, they stuffed into abandoned buildings or torched on remote roadways.

“We found plastic waste from Germany, from UK, from US, from New Zealand, so on,” Heng said. “Since 2018, I’ve brought so many international journalists to join all these investigations, and they can recognize all this plastic originated in their country.” 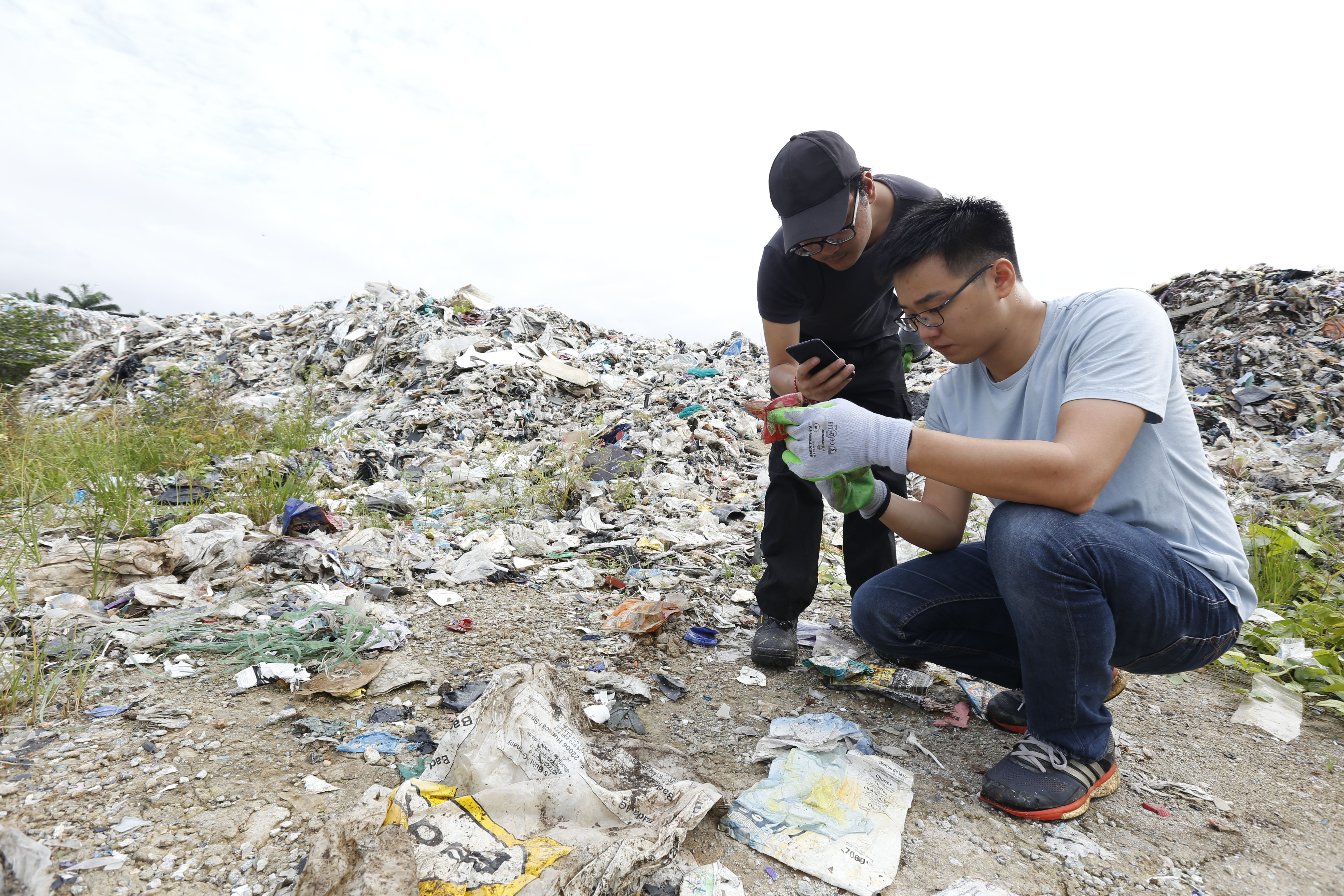 It was one of several operations arrayed around Port Klang. Some locals suspected  a mysterious “Datuk,” someone powerful and well-connected, protected them.

It was around this time that police in some exporting countries contacted Interpol. They’d noticed something shady in the plastics business. Documents were being forged. Containers supposedly holding ready-to-recycle plastic would in fact contain miscellaneous junk like face masks and condoms.

People were also skirting rules: One European company sent 13 containers of plastic to Malaysia without getting its permission. That violated the Basel Convention, which addresses the global waste trade.

At the time, it was possible to treat these incidents as small-time crime or innocent mistakes. But when Grollet and her team combed through intelligence from 40 countries, they saw a pattern.

The illegal shipments weren’t accidental at all. They were coordinated.

People weren’t just fudging paperwork. They were using Southeast Asia’s highest-traffic ports, hoping to squeak past customs. They were rerouting through its many special economic zones. They were laundering money. All standard tools of other illicit trades.

“When you take a supply chain of waste, you also need to have a specific organization…from start to end,” Grollet said. “This organization through the supply chain shows the implication, the involvement of a certain level of organized crime.”

Grollet wouldn’t reveal the names of any gangs or networks. But she said the offenders range “from individuals to criminal groups.”

“This organization through the supply chain shows the implication, the involvement of a certain level of organized crime.”

Some resemble traditional organized-crime groups, like mafia and cartels, controlling the whole supply chain from collection to disposal. Others are more opportunistic, using the cover of legal companies to exploit weaknesses in the supply chain.

Southeast Asian countries have started to crack down. Vietnam and Thailand said they intend to ban all plastic scrap imports. Malaysian officials claim they’ve returned 200-plus containers of illegal plastic shipments to their home countries.

When Canada balked at taking back 69 containers from the Philippines, President Rodrigo Duterte threatened to dump it at their embassy. Canada relented.

Plastic imports in Southeast Asia, at least those counted by customs, have plunged. But some in law enforcement wonder how much has gone into hiding.

The drop in traded plastic “might also indicate that some elements of waste trade are going underground,” read one World Customs Organization document.

Meanwhile even the legal trade is getting tighter. On Jan. 1 new amendments under the Basel Convention, approved by 187 countries, kicked in.

The amendments allow trade between these countries, but under added restrictions. Export companies have to provide more proof that shipments will be safely managed at the endpoint. Countries importing plastic must grant consent.

“What it does is give Malaysia an opportunity to say no,” said Lindebjerg of WWF. “But it definitely isn’t waterproof.”

They may pivot to Laos and Myanmar, which have even less recycling capacity than their neighbors do. Or they may reroute to even softer targets in Africa.

“We still need work on identifying networks,” Grollet said. “I think it would be quite optimistic to say that everything is under control.”

Source: Criminal Gangs Are Cashing in On Humanity’s Plastic Crap

Nikes are getting harder to find at stores. Here’s why

America’s newest airline, known for its $19 flights, is spending $1.2 million to bring its cheap trips to the East Coast

Help! Am I Oversharing With My Colleagues?