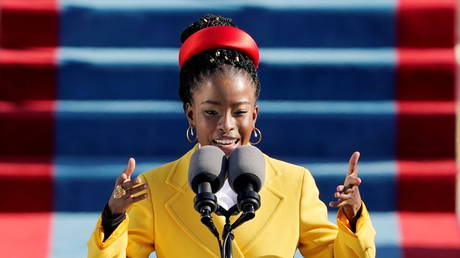 A Catalan translator says his translation of a poem recited at the President Joe Biden’s inauguration was shelved after he was told that, being a white male, he had the wrong ‘profile’ to translate a black female poet.

Víctor Obiols, a renowned English-Catalan translator, said his Spanish publisher refused to use his already completed translation of Amanda Gorman’s poem ‘The Hill We Climb’, ostensibly because his skin color and gender were not appropriate for the task.

Barcelona-based publisher Univers said they commissioned the translation to Obiols because they considered him to be the best qualified. Obiols is well-known for translating the works of Shakespeare and Oscar Wilde into Catalan.

However, after the translation was already finished, Univers was contacted by Gorman’s US publisher, Viking Books, and asked to find a translator who is a woman and an activist, preferably of African American origin, instead.

“They did not question my abilities, but they were looking for a different profile, which had to be a woman, young, activist and preferably Black,” Obiols told AFP.

According to Spanish media, Univers editor Ester Pujol said the US publisher has every right to put any conditions in place, describing the demand as “perfectly acceptable.” 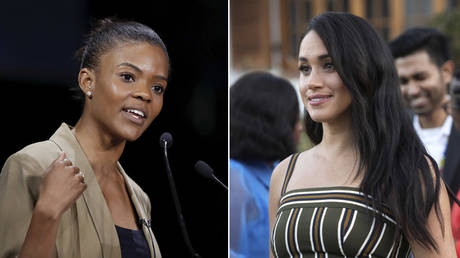 Pujol noted that, although his translation would not see the light of the day, Obiols would be compensated for his work. Univers is currently looking for a suitable candidate to replace Obiols.

Obiols said he was flabbergasted by the US publisher’s stance.

“If I cannot translate a poet because she is a woman, young, Black, an American of the 21st century, neither can I translate Homer because I am not a Greek of the eighth century BC. Or could not have translated Shakespeare because I am not a 16th-century Englishman,” he told the media.

Shortly after being given the boot, the translator posted several tweets, calling himself the “victim of a new inquisition.” He later deleted the posts because he didn’t want them to be misinterpreted, he told the media.

Obiols is not the first Gorman translator who has lost the job due to issues of identity. Last month, Dutch poet Marieke Lucas Rijneveld was forced to turn down an assignment to translate the poem into Dutch as the result of a public campaign spearheaded by black culture activist Janice Deul, who argued that Rijneveld (who became the youngest writer to win the International Booker Prize last year and identifies as non-binary) is ill-suited for the job because they are white – even though Amanda Gorman selected Rijneveld herself.

Solid #bbc piece with insightful contributions and yours truly stating: “I'm not saying a white person can't translate black work, and vice versa. But not this specific poem of this specific orator in this Black Lives Matter area.” #amandagorman #rijneveld #janicedeul #meulenhoff https://t.co/I8zi2Sosk1

Deul said she is not against white people translating the works of black people, but only “this specific poem of this specific orator in this Black Lives Matter area.”

Gorman, 23, made waves in January after becoming the youngest poet ever to recite at a presidential inauguration. Her poem, which was influenced by the Capitol riot and referred to the fragility of American democracy, drew praise from President Barack Obama and former First Lady Michelle Obama. She described herself as a “skinny Black girl, descended from slaves and raised by a single mother” in the six-minute piece.

Source: Translator of Biden’s inauguration poem says he was kicked off project because he’s not black & female