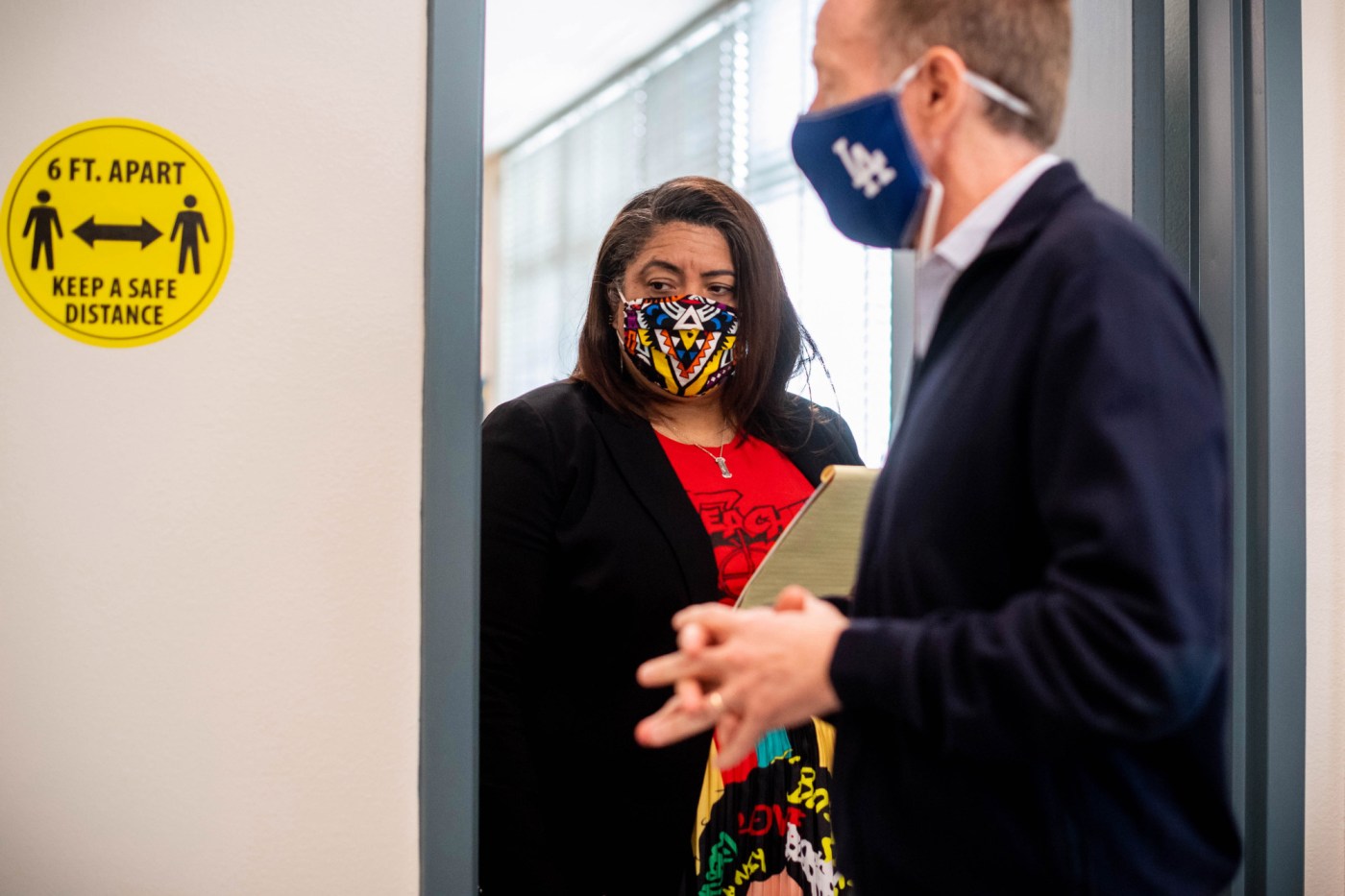 I would have never imagined that as a result of speaking at the Los Angeles Unified School District school board meetings that so many voices would go unheard, and I would be racially categorized and my job threatened.

I have been on the radar of United Teachers Los Angeles, the union representing teachers in LAUSD, and now a target of intimidation.

In my years as a contractor in Afghanistan where I was providing educational training for mostly women, I regularly experienced fear and scare tactics. But what I’ve been enduring the last month with UTLA causes memories of the Taliban to resurface.

Late last year, I joined the growing choir of diverse parents at the Los Angeles Unified meetings who shared their heartfelt concerns with the lack of instruction, learning, and students with special needs not having their Individualized Education Program (IEP) being met. Additionally, students need to be social, play sports, and be engaged with their peers. Public schools usually facilitate those things. Week after week, parents’ voices were not unheard, but ignored.

What parents intuitively know, the Center for Disease Control (CDC) confirms: mental health-related emergency room visits increased 31 percent for children between the ages of 12 and 17 from March to October compared to the same period in 2019. In evaluating data, former CDC head Robert Redfield, noted that the health risks to children from COVID-19 were much lower than the risks of keeping children out of school.

Yet, LAUSD continues to ignore the experience of parents, CDC’s expertise and a steady flow of novel scientific studies.

So, what does Cecily Myart-Cruz, president of the United Teachers Los Angeles (UTLA) mean when she says they are adhering to science. I want to know what science?

I was contacted by a UTLA researcher who claimed he was doing a research project on parents and others who have spoken out on LAUSD issues with a specific goal: to identify them by race and class. In his email to me, the researcher explained that my last name, Qudrat, is “not in our index” and if ‘“I could tell him how I racially self-identify.”’ Instead of using their resources to help students, UTLA has assigned their staff to racially profile parents who have raised questions about instructional minutes and school openings.

With this type of discriminatory UTLA “research,” Cecily Myart-Cruz is able to make statements such that the union has “fielded voicemails, emails, stalked on social media by wealthy white and Middle Eastern parents in regards to opening schools.” Is this the “science” she’s referring to?

They are utilizing their resources to fund these “studies” to divide parents along racial lines. The intended effect is to silence any dissent.

Federalized Assembly Bill 5 must be defeated

Iran’s warning should be a wake-up call to Biden

How Grinches stole our sanity and other sordid tales

The PRO Act is a con

Next it was onto contacting my employer, questioning my ability to speak out, and asking why my credentials as a college professor were mentioned by an interviewer. Thankfully, campus leadership where I teach understand it is a very common place for professors to share their views.

By bringing race into the discussion about school openings, the UTLA is deflecting from the real challenges at hand – the urgent need to educate LAUSD students, ensuring special needs students are getting vital in-person services, and making up for lost time so our most vulnerable students don’t fall behind because of this year’s educational vacuum.

This kind of political hardball might be what UTLA is used to when dealing with political leaders, but targeted campaigns against parents should raise red flags for anyone paying attention.

Maryam Qudrat is the author of “Torn Between Two Cultures: An Afghan-American Woman Speaks Out” and a lecturer.

Pollen Can Raise Your Risk of Getting COVID

COVID-19, Civil Unrest: Have Too Many Homeland Missions Damaged Trust in the Military?

Snow Falls on Mother’s Day in Portions of Northern U.S.

Vaccinated People Can Safely Travel, According To New CDC Guidance