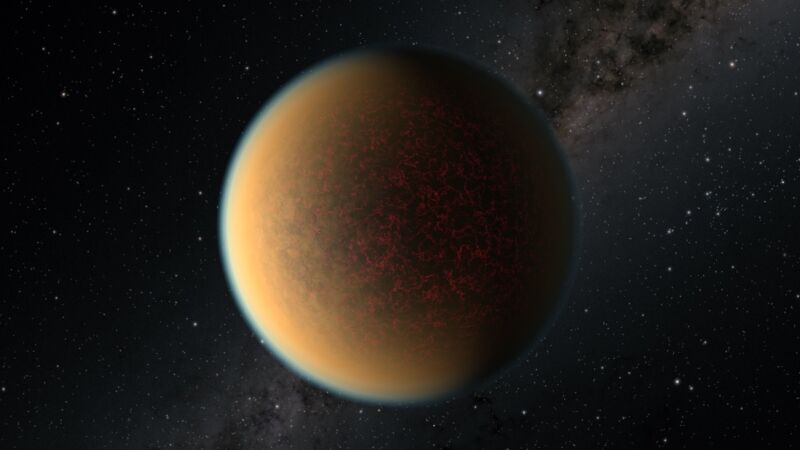 The atmosphere most planets start with is often not the same as the one they end up with. Most of the gas present at the formation of a solar system will be hydrogen and helium. But a look through the rocky planets of our Solar System shows three very different atmospheres (and one very tenuous one), with hydrogen and helium being relatively minor components. And, as we gain the ability to look at the atmospheres of exoplanets, we should get a greater perspective of all the ways that atmospheres can change as their planets age.

This week, an international team of astronomers reported finding an atmosphere on a planet where one wouldn’t be expected to exist. And the astronomers suggest that it’s actually the planet’s second atmosphere, generated by volcanic activity after the first was boiled off early in the planet’s history.

In general, we don’t currently have the technology to image exoplanets unless they’re very large, very young, and a considerable distance from the star they orbit. Yet we can still get some sense of what’s in their atmosphere. To do that, we need to observe a planet that transits across the line of sight between Earth and its star. During a transit, a small percentage of the star’s light will travel through the planet’s atmosphere on its way to Earth, interacting with the molecules present there.

Source: Researchers think a planet lost its original atmosphere, built a new one