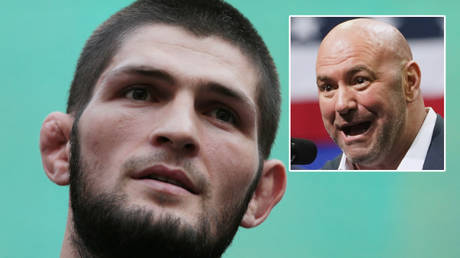 Promotion boss White has made little secret of his attempts to lure Nurmagomedov into more fights following the Russian icon’s retirement announcement last October, and he claimed to former boxing champions Tyson and Zab Judah that he had abandoned his reluctance to discourage fighters from retiring in his pleas to the lightweight champion to return.

White also called strawweight champion Zhang Weili “beautiful” and admitted that he hoped to arrange a scrap between the Chinese star and revered Kyrgyzstani-Peruvian flyweight champion Valentina Shevchenko in the future.

“Khabib’s awesome,” White told the high-profile boxers when pressed by Tyson for his thoughts on Nurmagomedov. 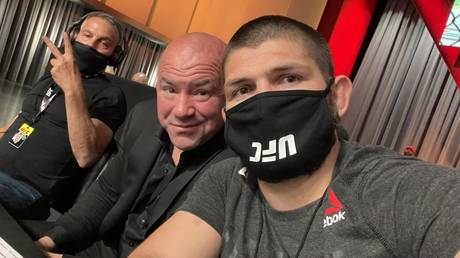 ‘How about September?’ Dana White reveals Khabib’s response after latest efforts to coax UFC champ back to octagon

“He’s the best in the world right now. He makes s***loads of money, he’s made a ton of money, and he feels like he’s levels above all these guys. I hope he sticks around – I’m trying.”

Asked which fighter he most enjoyed seeing, White named one of Nurmagomedov’s victims. 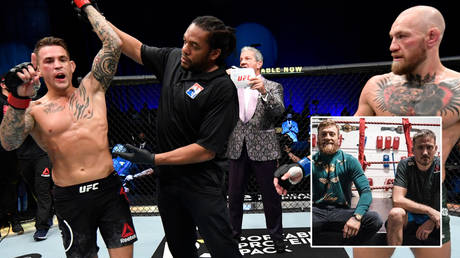 “Conor McGregor comes out, puts on a show, the world goes crazy, the whole world is buzzing when that guy fights,” observed White. “He’s a showman, 100 percent.”

White believes that a showdown between Zhang and top-ranked strawweight Rose Namajunas, which has just been confirmed for UFC 261 on April 24, will be “a great fight”.

“If she beats Rose Namajunas, everybody wants to see her move up and fight Valentina Shevchenko, which is another great fight,” he said. 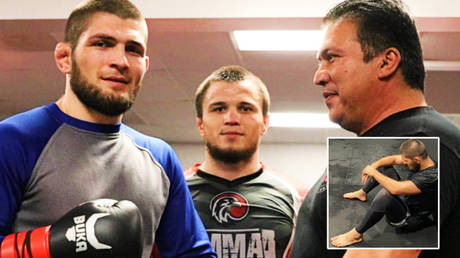 ‘I want to live for myself and not devote myself 100 percent to sports’: Khabib reaffirms reasons for retirement in new interview

“[She’s a] beautiful little girl who looks like, if you saw her over there, [she’d be harmless.] She’s a badass.

“They still went five rounds, toe-to-toe punching. I was going crazy during that fight – it was one of the best fights you’ll ever see. They’re two badass women. 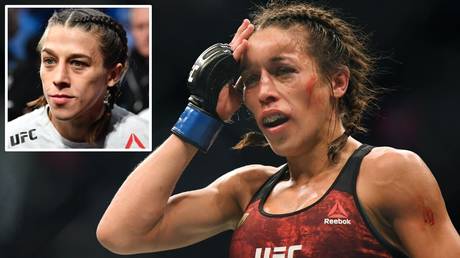 ‘She does not even look the same!’ UFC commentators left stunned as Joanna Jedrzejczyk suffers MASSIVE hematoma at UFC 248 (VIDEO)

“The women’s fights are some of the best. These women are super-technical, tough and they have a huge chip on their shoulder. It’s almost like they feel they have to prove something more than the men.”

Challenged by Tyson, White acknowledged that he had voiced concerns over the former heavyweight king’s return to the ring against Roy Jones Jr in an exhibition fight last year and asked “Iron Mike” how he had felt before the hugely popular comeback for both former champions.

“I wanted to go the distance,” explained Tyson. “I didn’t want to knock nobody out. If there’s anything in the world I can do, I can fight – that’s all I can do.” 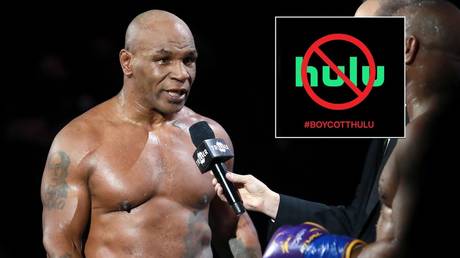 Twins peak: Number of twins being born globally is higher than ever, researchers say