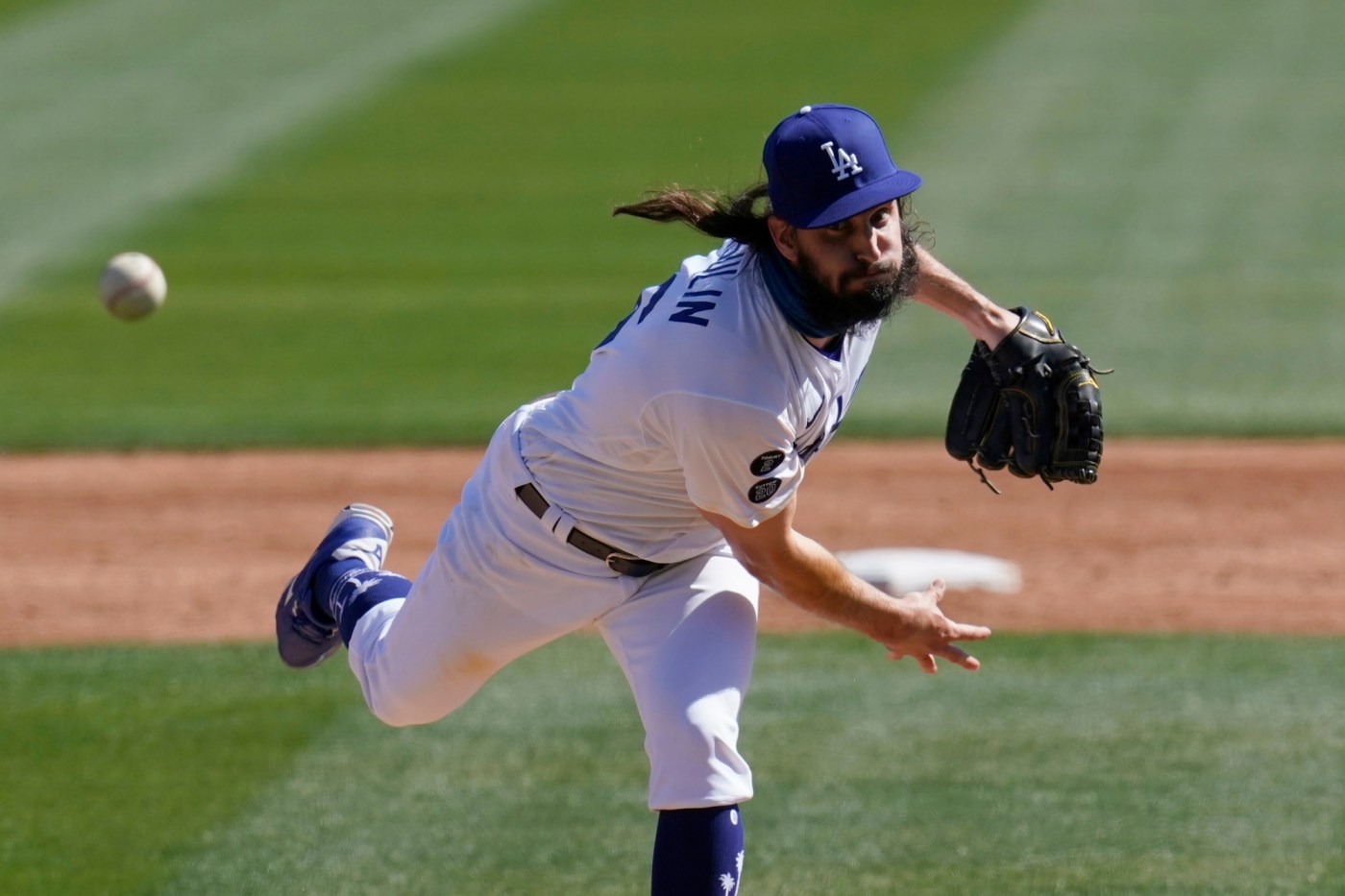 THE GAME: The Dodgers scored twice in the fifth inning to tie the Seattle Mariners, 4-4, in a game cut to seven innings on Thursday night at Camelback Ranch in Glendale, Ariz.

PITCHING REPORT: Right-hander Trevor Bauer stumbled through his first two innings, retiring just three of the first 11 batters he faced. The first inning was rolled over after Bauer hit a batter and issued three walks (forcing in a run) while retiring just one. Through two innings, he had thrown 48 pitches while walking four, hitting one batter and giving up three hits (one double). Bauer retired the side in order in the third and one batter in the fourth, striking out three of the final four batters he faced, before being removed. He threw 65 pitches, only 36 strikes. … Right-hander Nick Robertson replaced Bauer and retired just one of the six batters he faced, giving up a three-run home run to Jake Fraley before the inning was ended with two outs. … Right-hander Tony Gonsolin had a much better night. Pitching through a steady rain, Gonsolin retired all nine batters he faced in his three innings, striking out five. He has given up one hit while striking out seven in his six innings this spring.

HITTING REPORT: Corey Seager hit a two-run home run to left-center in the first inning off Mariners right-hander Chris Flexen. It was Seager’s second consecutive game with an opposite-field two-run home run. He leads the Dodgers this spring in hits (seven), home runs (three) and RBIs (eight) and is tied for the team lead in runs scored (five). … The Dodgers tied the score with two runs in the fifth inning. Matt Davidson and Zach McKinstry singled. Davidson scored when Mariners third baseman Ty France misplayed Luke Raley’s ground ball and McKinstry scored when Kody Hoese beat out an infield single.

Dark, stormy night for Dodgers before COVID-19 shut down MLB a year ago

Hoornstra: Baseball as scripted television takes another turn ‘On Deck’

Source: Dodgers rally in the rain to tie Mariners

Shaquille O’Neal Gets Slammed Through Tables In Pro Wrestling Return