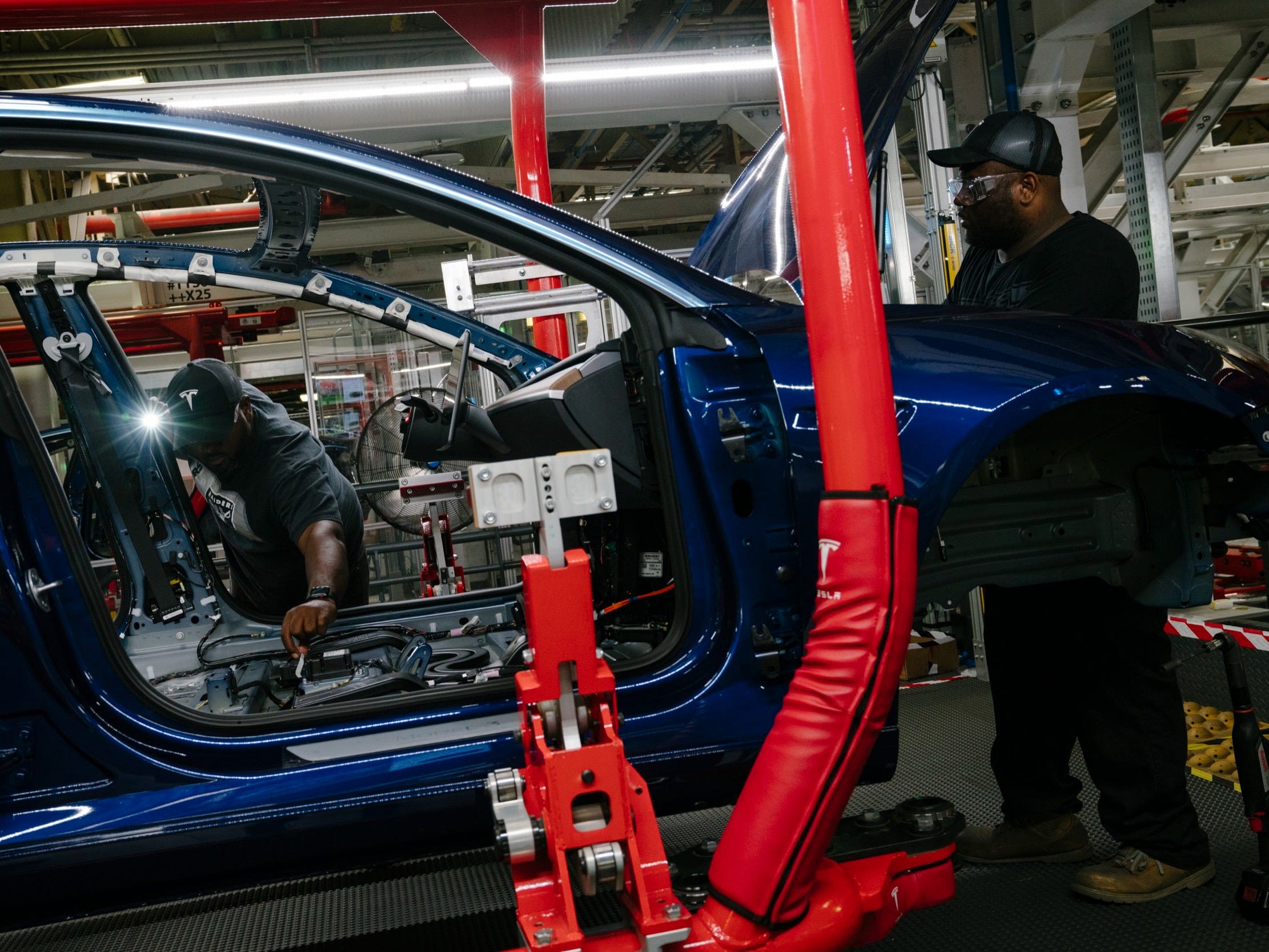 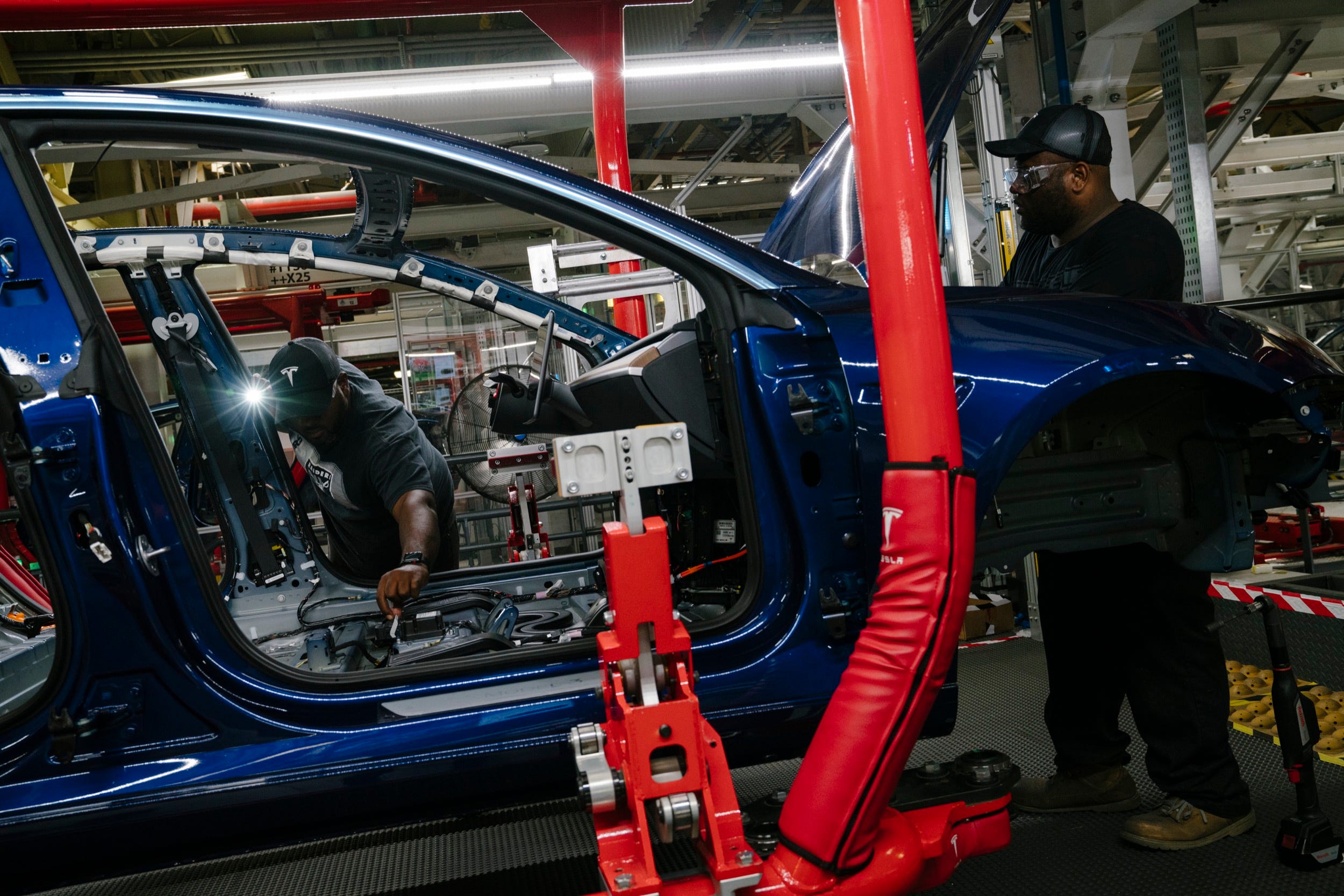 Elon Musk reopened Tesla's Fremont, California, factory in May in defiance of public health orders.
From May to December, it recorded around 450 COVID-19 cases, The Washington Post reported Friday.
Alameda County, where the factory is located, previously refused to release the data.
See more stories on Insider's business page.

Around 450 of the roughly 10,000 workers at Tesla's Fremont, California, factory tested positive for COVID-19 from May to December, The Washington Post reported Friday.

Tesla and Alameda County Public Health Department did not respond to a request for comment on this story.

Last May, after public health orders required non-essential businesses to shut down in Alameda County, Elon Musk reopened the factory in defiance of those orders. The county eventually reversed course and let the factory restart operations after Tesla sued.

But a month later, several Tesla employees tested positive for COVID-19 despite claims from the company's safety chief that there had been “zero COVID-19 workplace transmissions” since the plant reopened.

That outbreak appears to be much larger than previously known, according to The Post, which reported that Alameda County data obtained by legal transparency advocate PlainSite showed cases at Tesla's factory rising to as high as 125 active cases in December.

In exchange for being allowed to reopen, Tesla agreed to share COVID-19 case data with the county. The county argued for almost a year that it couldn't release the data publicly because of the Health Insurance Portability and Accountability Act, which protects the privacy of Americans' health information.

Plainsite was able to obtain the data following a court ruling earlier this year, according to The Post.

Laxmi Organic IPO opens on Monday. Should you go for it?