The streaming services keep multiplying, and they’ve maintained a strong game throughout the past year when we’ve needed them most. As a result of you-know-what, movies intended for the big screen landed in our living rooms, and TV kept on cranking. We’ve seen highly successful new streaming services (HBO Max, Peacock) stake their claim in the so-called streaming wars, and recently, we also saw Paramount+ make a bold entrance (with last week’s The SpongeBob Movie: Sponge On The Run). Don’t ever count out Netflix or Hulu, though, and Amazon Prime keeps things coming, as with last week’s Coming 2 America (starring Eddie Murphy, Arsenio Hall, and a scene-stealing Wesley Snipes). And next week, we’ll see Disney+ roar back into high gear with The Falcon and the Winter Soldier.

This week, though? It’s an interesting one with a long-anticipated movie (for fans of Tom Holland and the Russo Brothers) making Apple TV+ the streamer of most pressing interest. The film’s got mixed reviews, but still, this is Holland out of the Spidey suit and in a very different role. Expect things to also get chilly with a Nordic murder mystery on AMC+ and a Scandinavian limited drama on HBO Max, which also digs deep into the long-running battle between Mia Farrow and Woody Allen. Netflix has a ton of fresh content as usual, and Hulu is here with some 1990s nostalgia. In short, you won’t run out of streaming options this weekend, so here’s the lowdown.

Cherry (Apple TV+ movie) — Tom Holland’s Peter Parker is currently hard at work while web slinging for another MCU movie, but he’s bridging the gap with some diversified projects. That might be an understatement, for this is Tom Holland like you’ve never seen him (far beyond the buzz cut) before, and interestingly enough this is happening while Holland reteams with the Russo Brothers for an adaptation of Nico Walker’s debut novel. This certainly isn’t Spider-Man territory, to say the very least. Cherry‘s an autobiographical story about Walker’s time as an Army medic during the war in Iraq, followed by undiagnosed PTSD that led to falling into the belly of the American opioid epidemic and bank-robbing sprees. Obviously, this is dark stuff but with a satiric edge.

Cold Courage (AMC+) — Two Nordic women find themselves drawn together during the investigation of a series of London-set murders. The story’s based upon Finnish journalist Pekka Hiltunen’s bestselling novels and aims to unite the two aforementioned women (a psychologist who favors underdogs and a graphic artist who’s fleeing from her abusive stalker). The two women want to right wrongs that are committed by the powerful, and a charismatic politician is promising to sort-of Make Great Britain Great Again. This show is dropping three initial episodes with subsequent weekly followups.

Allen V. Farrow (HBO Series, Sunday On HBO Max) — This four part documentary series continues this weekend while digging into a notorious and still-raging scandal of what, exactly, happened with Woody Allen and his family. That includes daughter Dylan Farrow’s allegations of sexual abuse against her father along with Allen’s relationship with Farrow’s daughter, Soon-Yi, and the custody trial that grew especially ugly. In the aftermath, a sprawling family fractured, and that divide continues to this day with continuing disputes that revolve around the allegations.

The Investigation (HBO documentary series) — This Scandinavian limited drama series follows the real-life investigation into the 2017 murder of a Swedish journalist (Kim Wall) in what became one of Danish history’s most notorious criminal cases (aptly dubbed the “Submarine Case”). This is a homemade submarine (?), apparently, and the series hails from Oscar-nominated screenwriter and director Tobias Lindholm (A War, Mindhunter).

COVID Diaries NYC (HBO Max film) — Granted, this subject matter might be something that you aren’t prepared to voluntarily absorb, but there’s more here than meets the title. This deeply personal film turns the camera on five young filmmakers in New York City, who tell their families’ stories during the pandemic’s first wave in the (best) city that (you know) never sleeps. Frontline workers and every day New Yorkers get real in their own very resilient ways, all while the U.S. continues to process and battle an invisible enemy while searching, somehow, for meaning.

Last Week Tonight: Season 8 Premiere (HBO Series, Sunday On HBO Max) — Everyone’s favorite sarcastic and satiric late-night host finally returned a few weeks ago (after blowing up 2020 and getting weird with sweet Adam Driver), and not a moment too soon. John Oliver will break down exactly what’s wrong with our society in a way that only he can do, and let’s hope that he brings back that award-winning hoodie, so we can all get fancy with him.

The One (Netflix series) — Those who are obsessed with dating apps and need motivation to stop might enjoy this series, which imagines that DNA matching is the key to finding the perfect partner. This sounds like it carries a similar vibe to AMC’s Soulmates but with a flashier polish with results as equaly messy. Married people are gonna retroactively take the DNA test, right? Oh god, yeah. At that point, maybe don’t fall into that trap, but do check out this series. It’s guaranteed to be anything but boring.

Last Chance U: Basketball (Netflix series) — The Emmy-winning franchise returns with a no-holds-barred, somewhat gritty look into community college basketball. The players all want to rise to the next level and achieve dreams, but first, those damn personal demons and warring emotions happen on and off the court, all while the East Los Angeles College Huskies set their sights upon an unprecedented California state basketball championship.

Dealer (Netflix series) — It’s a bloody gang war with subtitles, y’all, and it’s all happening in the South of France, which sounds wild enough, but this show also revolves around two filmmakers, including a music video director who’s filming a drug gang leader with far too much charisma and not enough predictability inside, and he also wants to bust into the rap scene. This series hopes to thrill you with a fast pace and a found-footage feel.

Marriage or Mortgage (Netflix series) — You know those people who spend so much. money on their wedding that they might as well have bought a house? Yeah, that’s what’s happening here, although there’s plenty of wisdom here from a real estate agent who’s hoping to help couples avoid dumping their cash into a freaking party with a fancy-ass cake. Yet of course, the real estate agent has to beat the voice of a hopeless-romantic wedding planner, and this sounds like a clash for the ages. HGTV, this ain’t.

Yes Day (Netflix film) — Jennifer Garner is fully embracing being cast as a mom type, and Edgar Ramirez plays her husband. Together, these two decide to let the kids rule the house for 24 hours by making all of the rules, which leads to a whirlwind adventure that makes the whole family appreciate what they’ve got in each other. I don’t know man, doesn’t it already feel like kids rule households already, and no one wants to admit it? Well, that sense of denial might be part of the fun here, although I’m only speculating, so don’t listen to me! The film co-stars Jenna Ortega, Julian Lerner, Everly Carganilla, Fortune Feimster, Nat Faxon, Arturo Castro, and Molly Sims. 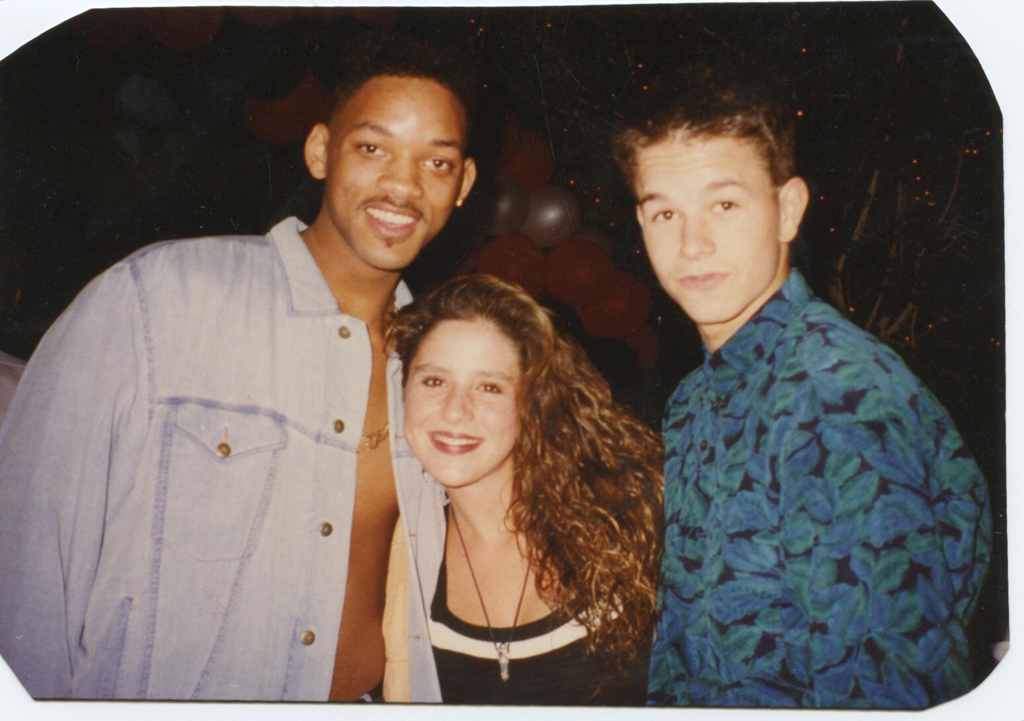 Kid 90 (Hulu movie) — Punky Brewster star Soleil Moon Frye has been playing the long game with this film. Ever since the 1990s, she carried a video camera throughout her adventures — while hanging out with fellow teen stars David Arquette, Stephen Dorff, Balthazar Getty, Mark-Paul Gosselaar, Brian Austin Green, and more — as they navigated Hollywood and New York City fame. Then she stuffed this footage away for over two decades, which means that this documentary is a time capsule of what it was like to come of age in the public eye before the whole internet thing. Frye presents her very own spin on the coming of age story, and yes, expect some Punky Power.

Mr. Mercedes: Season 3 (Peacock series) — The crime-thriller series that’s based upon Stephen King’s best-selling Bill Hodges Trilogy continues from executive producer David E. Kelley and director Jack Bender. Viewers know that this series brings us a very different Holly Gibney (as portrayed by Justine Lupe) than the one we witnessed on HBO’s The Outsider (as played by Cynthia Erivo), and this season was co-written by Kelley and King. Settle in as the murder of a beloved local author (and American icon) becomes the focus of Hodges, Holly, and Jerome, who find that this case is much more complex than mere cold-blooded killing.

Source: What Streaming Services Offer The Best Options This Weekend?

A crypto crash wiped out $1 trillion this week. Here’s what happened