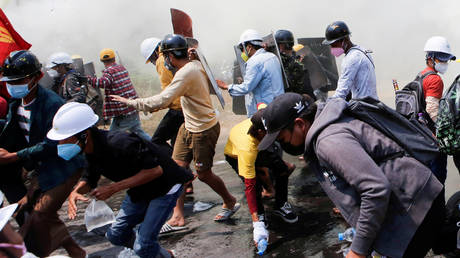 British nationals should avoid traveling to Myanmar, and those already there are advised to leave the country due to the violent unrest taking place since last month’s coup, the Foreign Office said.

In a Friday update of its travel guidelines for Myanmar, the Foreign, Commonwealth & Development Office (FCDO) said that Britons should “leave the country by commercial means, unless there is an urgent need to stay.” It cited the rising threat of violence amid the military crackdown on mass protests against the February 1 coup.

If you are not able to leave Myanmar at this time, you are advised to stay home and stay safe. If you need to leave home for essential reasons, you should do so quickly, avoiding crowds.

The British Embassy noted that the urgency to leave Myanmar would take precedence over the regular Covid-19 restrictions on international flights. The situation makes it “not reasonable to seek to obtain a pre-departure coronavirus test in that country before departure to the UK,” so British nationals fleeing Myanmar would be offered a letter from the embassy to smooth their test-less arrival. 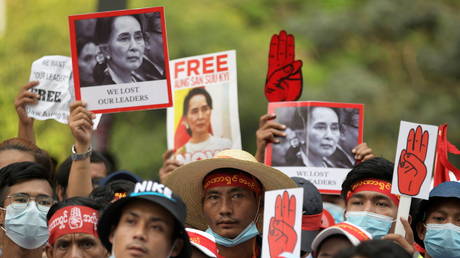 The situation in the Southeastern Asian country remains volatile, with frequent reports of protesters being killed during rallies. The confrontation between supporters of the ousted civilian government and the military has disrupted internet and banking services, led to curfews, and has otherwise made life for residents more dangerous and difficult. The FCDO said British people are “advised against all but essential travel to Myanmar.”

Leveling up? While Moscow remains way ahead of most other cities, inequality between capital & Russian regions slowly shrinking

The Man Who Saves Forgotten Cats In Fukushima’s Nuclear Zone