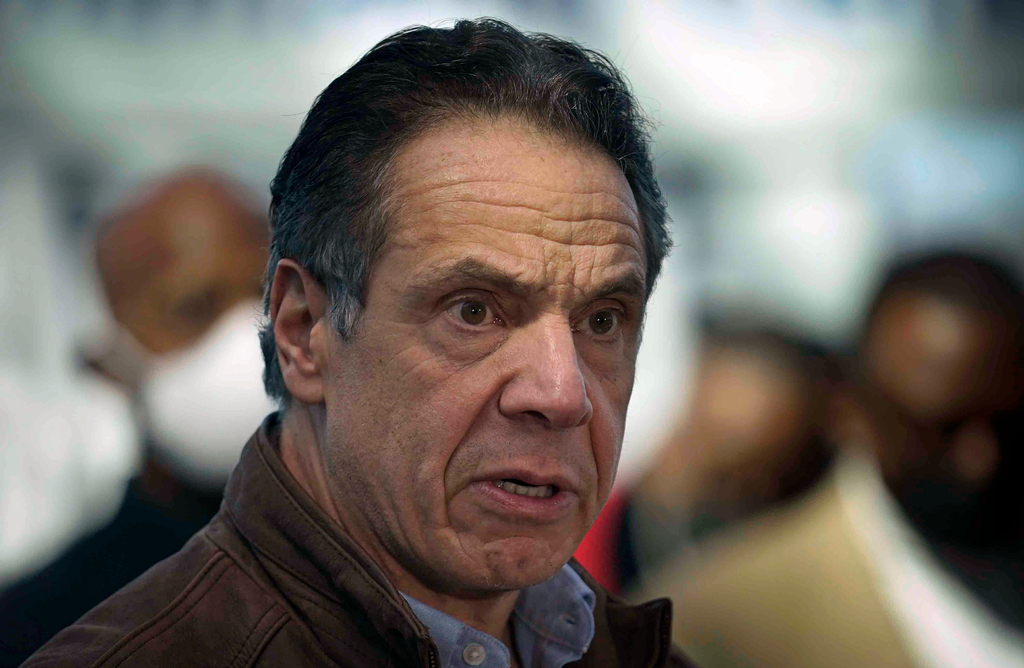 ALBANY, N.Y. — An aide to New York Gov. Andrew Cuomo says the Democrat groped her in the governor’s residence, marking the most serious allegation among those made by a series of women against the embattled governor, according to a report published in a newspaper Wednesday.

The Times Union of Albany reported that the woman, who was not identified, was alone with Cuomo late last year when he closed the door, reached under her shirt and fondled her. The newspaper’s reporting is based on an unidentified source with direct knowledge of the woman’s accusation. The governor had summoned her to the Executive Mansion in Albany, saying he needed help with his cellphone, the newspaper reported.

The three-term governor faces harassment allegations from five other women, including former aide Charlotte Bennett. The 25-year-old’s attorney, Debra Katz, said in a statement released Wednesday evening that the latest allegations are “eerily similar” to Bennett’s own story.

Bennett has said she was summoned to the Capitol on a weekend and left alone with Cuomo, who asked her for help with his cellphone. She has said Cuomo asked about her sex life and propositioned her.

“The Governor’s sexual harassment, which Charlotte Bennett reported, was buried by his aides and never properly investigated,” Katz’s statement said. “Because of their enablement, another young woman was left in harm’s way.”

The woman whose account was reported by the Times Union also indicated that Cuomo had touched her and made flirtatious comments on multiple occasions. According to the newspaper, her allegations came to light as Cuomo staffers watched the governor’s March 3 press conference, his first after initial sexual harassment claims made in late February.

In it, he denied ever touching a woman inappropriately. The aide subsequently became emotional, and told a female supervisor who approached her about her encounters with the governor. At least one supervisor reported the allegation to an attorney in the governor’s office Monday, the newspaper reported.

Prior to Wednesday’s report, the allegations against Cuomo include a combination of claims that he made the workplace an uncomfortable place for young women, ranging from flirtatious comments to a nonconsensual kiss.

At least five accusers — Bennett, Lindsey Boylan, Anna Liss and Karen Hinton — worked for the governor in Albany or during his time in President Bill Clinton’s Cabinet. Another, Anna Ruch, told The New York Times that she met Cuomo at a friend’s wedding.

The three-term governor has denied inappropriately touching anyone, but said he is sorry if he made anyone uncomfortable and didn’t intend to do so.

“As I said yesterday, I have never done anything like this. The details of this report are gut-wrenching,” Cuomo said through a spokesperson Wednesday evening. “I am not going to speak to the specifics of this or any other allegation given the ongoing review, but I am confident in the result of the Attorney General’s report.”

State Attorney General Letitia James has put together an investigative team to probe Cuomo’s workplace conduct. The governor has called on lawmakers and the public to await the results of that investigation. Federal investigators are also scrutinizing how his administration handled data concerning COVID-19 outbreaks at nursing homes.

Cuomo has been under fire for weeks, beginning with revelations that his administration withheld details from the public about the pandemic’s death toll among residents in state nursing homes. Scrutiny of the governor — who received accolades during the height of the coronavirus pandemic for leadership that yielded a book deal and calls for a national political career — intensified when former adviser Boylan, 36, reiterated harassment claims made in December, fleshing them out in a late February blog post.

It was unclear if the latest allegation would further erode Cuomo’s support in the Legislature. While several state legislators from both parties have called for Cuomo’s resignation or impeachment, most have indicated they will wait for the probe’s conclusion.

“How can we allow this man to lead our state? We must impeach,” Democratic Assembly member Zohran Kwame Mamdani tweeted Wednesday night.

Republican Assembly member Mike Lawler on Twitter called Cuomo “a sexual predator” who should be charged.

Both lawmakers had previously called for Cuomo’s impeachment.

Source: Report: Cuomo accused of groping aide at his residence