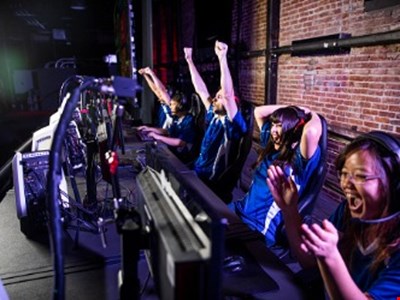 Taking place over two weeks from March 15-25 2021, computer science and cybersecurity teams from eight leading universities in the UK and US will be tested on their secure coding skills in a collegiate contest. A number of individual prizes will be on offer and Veracode will donate $10,000 and $5000 for the first and second best performing universities, respectively. Additionally, all participating institutions will be given complimentary Veracode software for a year.

The participants will use Veracode Security Labs to gamify the experience, and will be tasked with discovering and fixing dangerous security flaws in real-world applications during a series of hands-on challenges.

The initiative, which is supported by the UK government, comes as cyber-attacks on organizations are increasing in prevalence and sophistication. For instance, Veracode highlighted a recent study by the University of Maryland showing that hackers are launching attacks every 39 seconds on average. Despite this, there remains a large skills gap in the cybersecurity sector and the situation does not appear to be improving, with just 3% of US bachelor’s degree graduates having cybersecurity-related skills, according to the National Center for Education Statistics.

Chris Wysopal, founder and chief technology officer at Veracode, said: “With mounting pressure on developers to deliver software that is secure and keeps society safe from harmful cyber-attacks, gaining foundational security knowledge translates to fewer exploitable problems during production and after deployment.

“Yet, training around secure coding is almost absent at the university level. We’ve launched the Veracode Hacker Games to help universities make secure coding a core part of their computer science and cybersecurity curriculum, while giving students an edge when it comes to putting their skills to the test in a real-world environment.”

Commenting on the announcement, UK Digital Infrastructure Minister, Matt Warman, outlined: “It has been another record year for investment in UK cybersecurity and we are working closely with the National Cyber Security Center (NCSC) and others to make sure this continues as we develop the next generation of digital defenders. Veracode’s first ever Hacker Games will be instilling in university students the latest and most innovative methods in coding for software security which will help to boost their career prospects. I wish all those participating the very best of luck in this fantastic competition.”

How did Atlanta become a top breeding ground for billion-dollar startups in the Southeast?