After the Fukushima Daiichi nuclear disaster, the wild boars saw an opportunity. Unfettered by evacuation orders, the pigs roamed and grazed freely where over 160,000 people had lived along the country’s east coast.

In the following decade, the Japanese government has gradually allowed some of the evacuated residents to go home, deeming it safe to do so. There’s only one problem: the pigs, after years of feeding and treading on the contaminated terrain, had turned radioactive.

The toxic pigs are a reminder of the lasting consequences of the 2011 nuclear disaster, the worst since the Chernobyl accident in 1986. On March 11 ten years ago, a tsunami triggered by a 9.0-magnitude earthquake killed more than 15,000 people and flooded the Daiichi reactors. The gigantic waves overcame the sea wall protecting the plant and knocked out its cooling systems, causing nuclear meltdowns and leaks of radioactive water.

Nuclear contamination became a more pressing issue ahead of the 2020 Tokyo Olympics, which is now expected to kick off this summer. Japanese authorities have chosen Fukushima as the starting point of the torch relay to symbolize its recovery. Eager to allay any safety concerns, authorities have ramped up efforts, beginning in 2015, to hire hunters to catch and kill the boars. 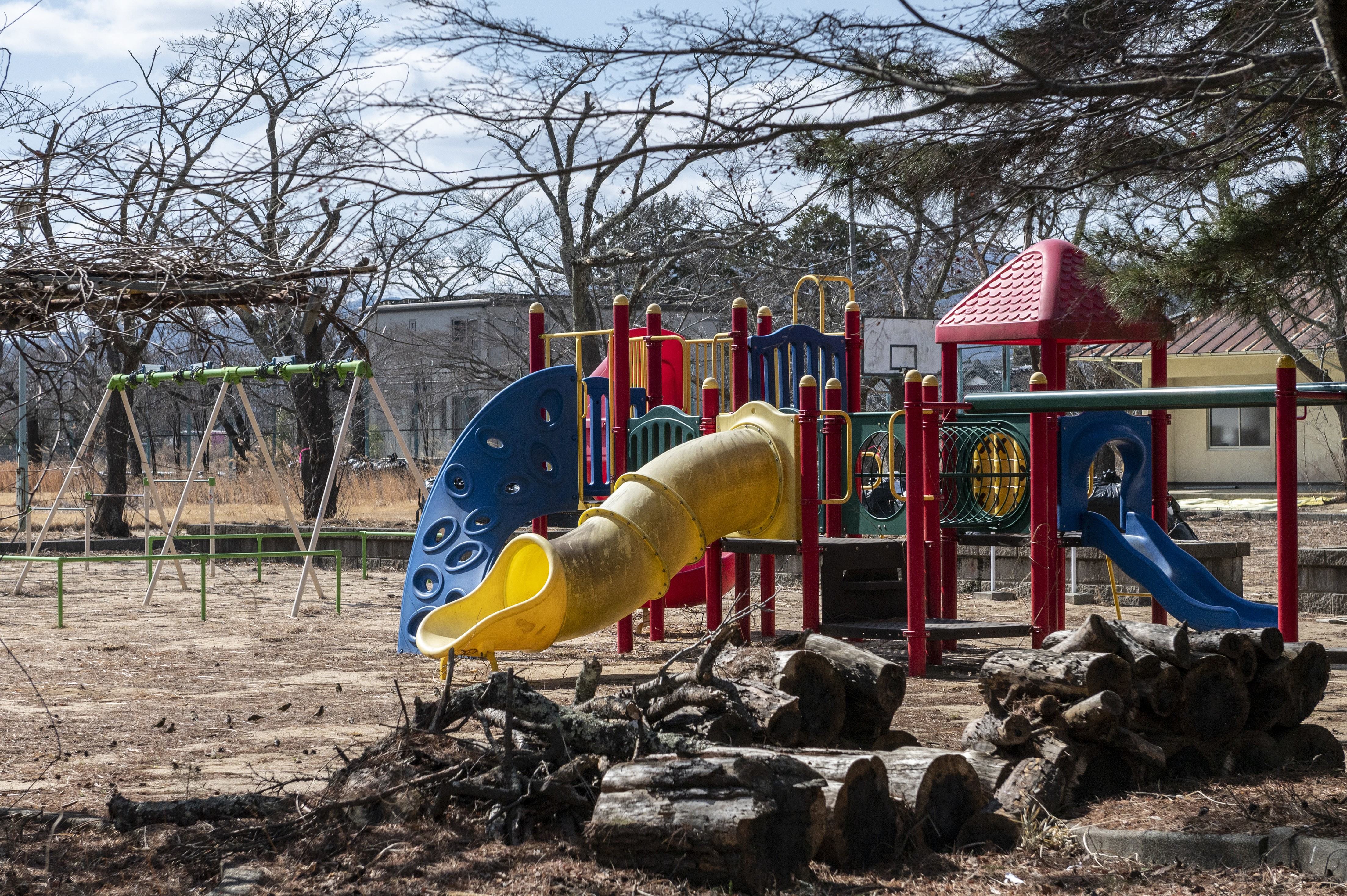 Goru Kusano was one such hunter in the town of Naraha. “I do feel sorry for them. But they invade our farms. They destroy our farms and rice paddies. I’m hunting boars to help the farmers. This is a crisis,” Kusano said in the documentary Toxic Pigs of Fukushima, which premiered on Vice TV on Jan. 31. Kusano died last year.

At the same time, he lamented the loss of what could be up to 49,000 boars, according to a 2014 estimate. “The nuclear disaster left us unable to use many of the food resources. It is so wasteful to dispose of what used to be edible,” he said. “We can fly to the moon and dive underwater, but we’re still very small compared to nature.”

Boar meat is a delicacy in Japan, but some of these creatures in Fukushima were found to have levels of cesium-137, a radioactive element, 300 times higher than safety standards.

To dispose of the boars, Kusano would sometimes bring the carcasses to a nearby processing facility instead of cutting up the bodies himself. Using a forklift, an operator would slide them into a machine where the carcasses get broken down into smaller pieces, to be incinerated.

Killing radioactive animals is just one of the Japanese government’s efforts to decontaminate the area within 20 kilometers of the Daiichi plant, where radiation levels remain dangerously high.

In late 2019, Greenpeace Japan conducted tests and found that J-Village, a sports complex about 20 kilometers south of the Daiichi plant, had radiation levels as high as 71 microsieverts per hour, which is 1,775 times above pre-2011 levels. The Olympics torch relay is set to start from the stadium later this month.

Greenpeace has urged the Japanese government to keep the evacuation orders in place, although authorities have insisted that the radiation levels are safe and continued to allow residents to return. 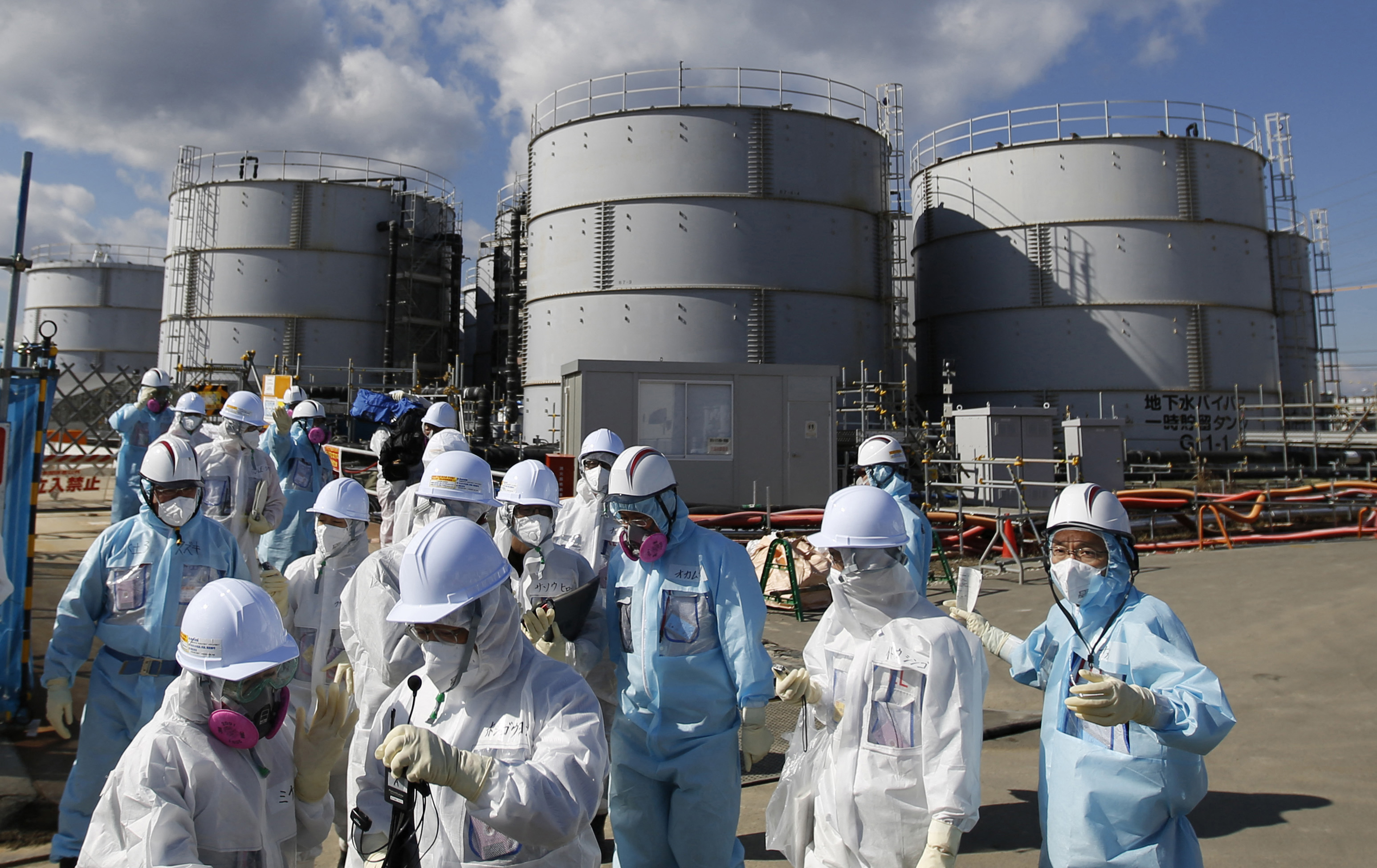 On the same land deemed too dangerous for humans, Norio Kimura, a resident of Ōkuma town in Fukushima, has spent the better part of the last decade looking for the remains of his youngest daughter, who perished in the tsunami at seven years old.

Kimura lost his father, wife and Yuna, who was a first grader when the tsunami hit the Japanese mainland.

On the day of the disaster, Wataro, Kimura’s father, drove to pick up his granddaughters from school. Kimura’s oldest daughter, Mayu, was told to stay with her classmates and did not meet Wataro, but Yuna hopped on his car. Kimura suspects that the two were swept up by the tsunami when they drove home to meet Yuna’s grandmother, who survived.

Kimura believed his wife, Miyuki, lost her life at home. She worked as a lunch lady in a nearby school and when the earthquake hit, she worried about her dog’s safety. “The dog managed to survive. It had its lead on when we found it, so I’m assuming she was able to get home,” Kimura told VICE World News.

Kimura, his mother and oldest daughter left for his deceased wife’s childhood home in Okayama prefecture, in the southern part of Japan’s main island.

In the first year, Kimura split his time between the two prefectures. On the weekends, he returned to Fukushima to look for Yuna. But finding the traveling taxing, he and his daughter Mayu moved to Nagano Prefecture, only 450 kilometres away from Ōkuma town. In Dec. 2016, Kimura found parts of Yuna’s body from a pile of rubble, near a pair of shoes he remembered her wearing the day waves up to 15 meters high crashed ashore.

In April 2019, Kimura permanently moved back to Fukushima. Mayu moved to Tokyo, where she’s attending a confectionery school. “Her mother was good at making sweets, so she was influenced by her,” Kimura said.

Today, Kimura still hopes to find the rest of his daughter's remains. In an interview last month, he said he was getting help from his friends and neighbors, although he was no longer spending as much time searching as he did years ago.

“The land around my house hasn’t been rebuilt yet. I don’t think that’s a coincidence. I think someone is stopping this reconstruction for me, until I find the rest of my daughter,” Kimura said.

The latest on the coronavirus pandemic and vaccines

U. of Michigan-Dearborn Mandates Coronavirus Vaccination or Weekly Tests for Students

Volunteers are key at vaccine sites. It pays off with a shot